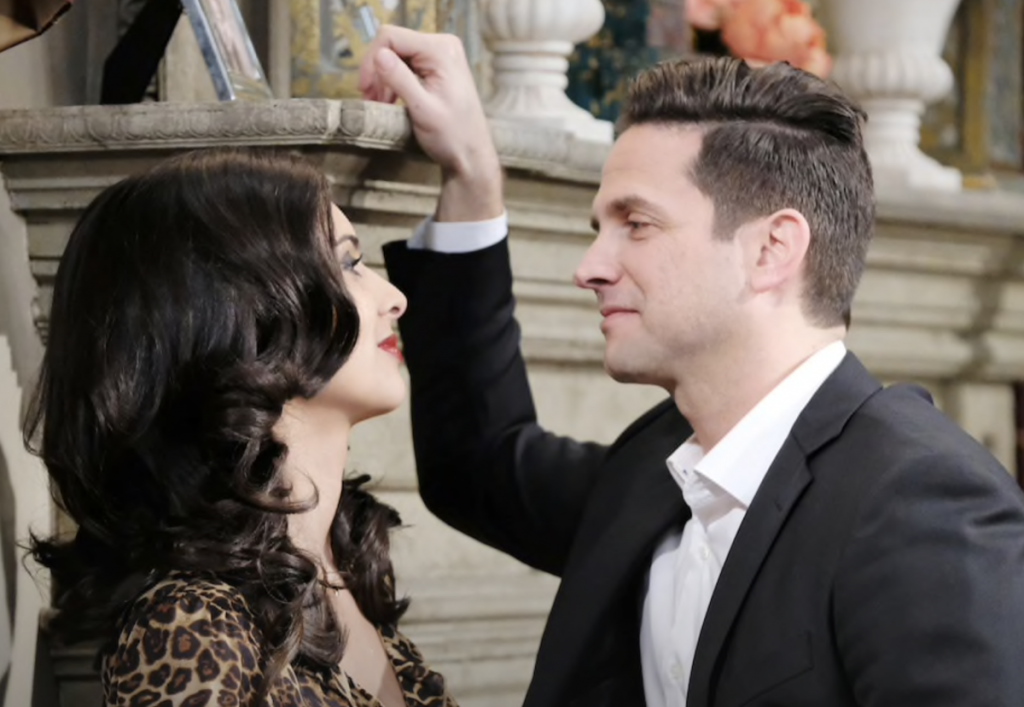 Days of Our Lives spoilers reveal Stefan DiMera (Brandon Barash) and Gabi Hernandez finally admit their feelings for one another. However, will the fashionista be able to forgive Stefan for her prison sentence? She went through hell while incarcerated and one attack left her permanently damaged. Actress Camila Banus teased the answer.

Days of Our Lives Spoilers – Gabi Hernandez’s Time in Prison

Gabi went to prison for a crime she did not commit. If that wasn’t bad enough, she went through unspeakable horrors while behind bars. She suffered physically, emotionally, mentally and spiritually. It broke her and in order to survive, she had to numb herself.

Days of Our Lives spoilers previously teased Gabi would plan revenge. She did so, but got some help from an unlikely source: Brady Black (Eric Martsolf). He was the one that came up with the plan to seduce Stefan and take everything from him.

At first, Gabi didn’t want to and didn’t think she could go through with it. However, it became easier and easier for her to do what was necessary to accomplish her goal.

Days of Our Lives Spoilers – Does Stefan DiMera Deserve to be Punished?

Many fans agree that both Stefan and Abigail (Kate Mansi) need to pay for falsifying court testimony. Even though Abigail suffered from dissociative identity disorder (DID) at the time, some viewers don’t find that a valid reason to excuse her behavior.

As for Stefan DiMera, he absolutely deserves to be punished. However, financial restitution or him serving jail time would be suitable. Playing with someone’s mind and heart is not an acceptable form of justice.

In the latest issue of Soaps in Depth, Camila Banus discussed “Stabi.” In particular, she talked about forgiveness and if it’s even possible.

“I think Gabi has to forgive him. But also, he’s been wooing her heavily. Maybe he’s hoping she’ll just forget about it? She’s fighting very hard not to.”

Days of Our Lives spoilers tease “Stabi” will take a real shot at having a relationship. However, the magazine article states that Gabi is so busy with romance, she could lose the CEO position. This is the very thing she fought so hard to get and now, she doesn’t have to worry about Nicole (Arianne Zucker)/Kristen (Stacy Haiduk). Her new competition is none other than her mentor, Kate Roberts (Lauren Koslow). If she doesn’t get rid of Kate and get her position back, she could blame Stefan.

Will she try to give up romance for money and power? Or can she have the best of both worlds?