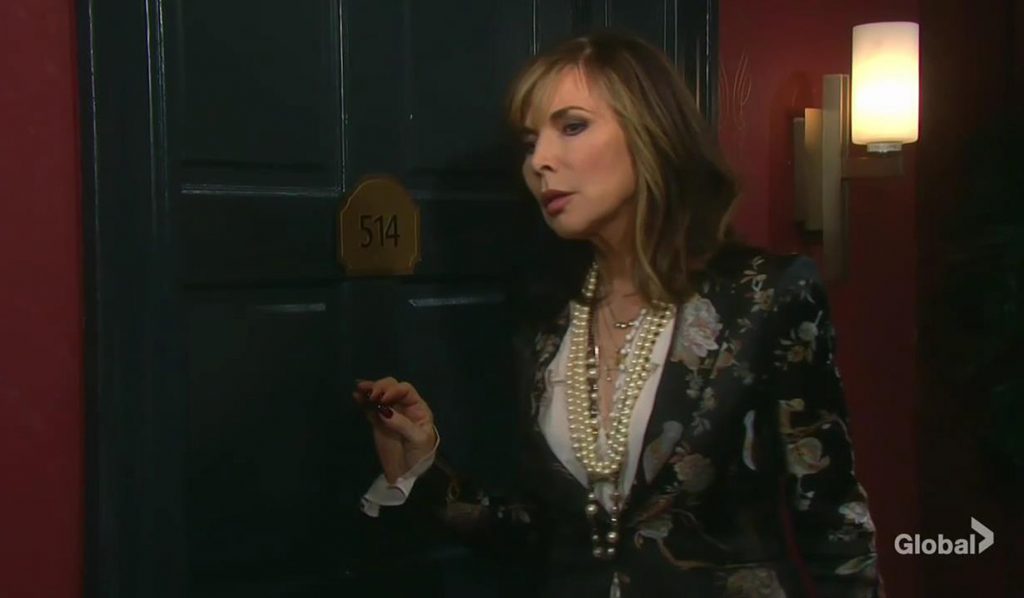 Days of Our Lives spoilers tease Stefan DiMera (Brandon Barash) and Gabi Hernandez (Camila Banus) have new competition. Kate Roberts (Lauren Koslow) has been named as the new CEO of DiMera Enterprises. Not only that, but she moves in the mansion and completely takes over. Will “Stabi” join forces to eliminate their enemy?

When the fake “Nicole” (Arianne Zucker) was denied the CEO position, Gabi thought she had it made. Mr. Wei Shin (Michael Hagiwara) had a tough decision. In the end, he picked Gabi over “Nicole.”

Next, Gabi took steps to get rid of Stefan DiMera. However, love outweighs hate and that is what is happening right now on DOOL. Spoilers reveal that there is just one more obstacle to “Stabi” becoming the ultimate power couple in Salem. That obstacle is none other than Kate Roberts.

During a recent episode, Mr. Shin met with Kate. Although she wasn’t interested in his offer at first, he made a compelling case. She is a DiMera by marriage, even though Andre (Thaao Penghlis) is dead.

Not only is Kate a master businesswoman with experience in the DiMera dealings, but she has more to offer. She can provide inside information on DiMera Enterprises’s main competitor… Titan.

Days of Our Lives Spoilers – ‘Stabi’ Has New Competition

Days of Our Lives spoilers reveal Kate ends up accepting Mr. Shin’s offer. Not only is she the new CEO of DiMera Enterprises, she takes it a step further. She moves into the mansion, which puts Stefan and Gabi into a rage. She is taking over everything, professionally and personally.

The couple known as “Stabi” have new competition. Unlike either of them, Kate has the experience. She has worked with DiMera for many years. She also has decades more experience and is a manipulation queen. Are they really prepared to face the consequences if they go up against Kate Roberts?

With the news that several DOOL characters are leaving, including Stefan DiMera, is this leading up to Brandon Barash’s exit? How far will Kate go in order to stay as reigning queen of DiMera? Keep watching the NBC soap opera to find out!