Neighbours Spoilers: Hendrix Crashes Car– Will Pierce Have A Breakthrough With His Son? 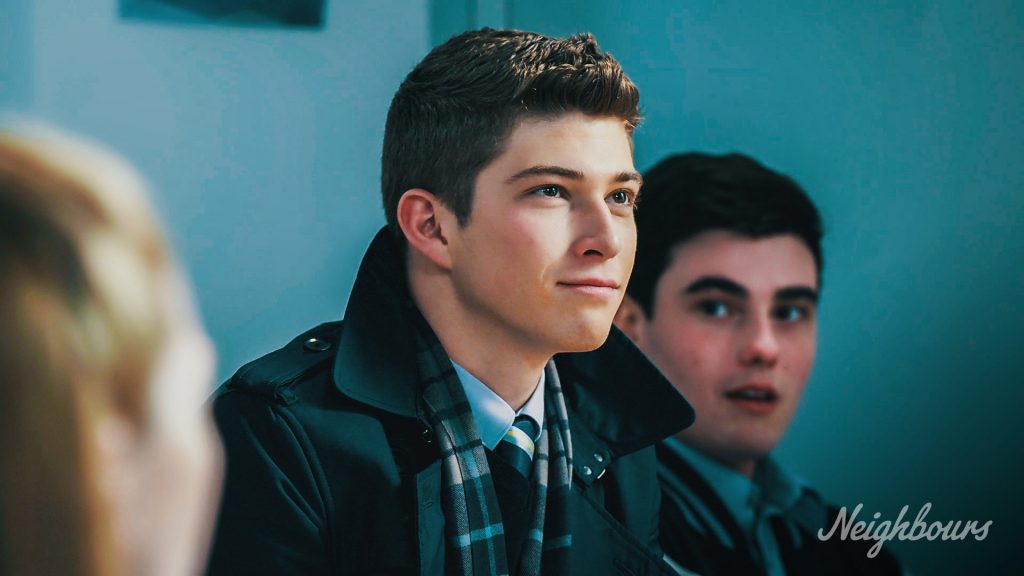 Teenage terror Hendrix Greyson faces jail after stealing his father’s car and driving it head-on into a Lassiter’s event. Hendrix has been causing trouble for his father Pierce Greyson ever since coming to Erinsborough, but it’s about to get a whole lot worse.

Pierce is doing his best to get to know his son again, at the same time as trying to iron out his bad-boy ways. After settling into Erinsborough High next week, Pierce promises that if his son continues on the straight and narrow, he will one day inherit his business. The news takes Hendrix by surprise, making him realise that his father does trust him. For this reason, he listens excitedly as his dad gives him some early advice about business.

Unfortunately, their family bonding time is interrupted by Pierce’s girlfriend Chloe Brennan when she calls from Adelaide. Hendrix can’t help but notice that his father’s attention is immediately taken from him, making him feel like he will always come in second place.

This perceived rejection makes him lash out once more, seeking revenge by stealing his father’s car and taking it for a joyride. However, he soon loses control of the wheel and drives straight into a Lassiter’s marquee which is set up for the Melbourne Cup. The marquee falls down, leaving Harlow Robinson trapped inside.

Thankfully, Roxy Willis is on the scene and manages to free Harlow from the wreckage, who rushes her straight to the hospital. Pierce also arrives on the scene, demanding answers. When Hendrix brushes the incident off, he is enraged, threatening to report his son to the police. Hendrix panics, realising that he can’t always do what he wants and get away with it. However, his father eventually covers for him by saying that he asked him to park the car on his behalf, so if it’s anyone’s fault, it’s his.

As Hendrix gives his father a heartfelt apology, will the incident provide a breakthrough for the pair?

Tune into Neighbours from Thursday 17th October to find out.