Neighbours Spoilers: Finn’s Past Haunts Him –Can He Ever Break From His Criminal Background? 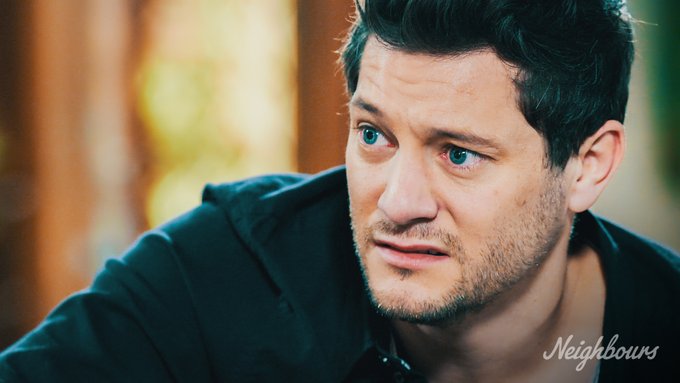 Neighbours spoilers reveal Finn Kelly’s dark past is going to come back and haunt him.

Neighbours’ reformed bad boy Finn Kelly (Rob Mills) is about to face a further setback after an idea he shares with his brother fails due to his evil history.

Neighbours Spoilers– Shuan Watkins And Finn Kelly Want To Give Back

In scenes that viewers will watch next week, Shaun Watkins (Brad Moller) suggests that he and Finn set up a Buddy Club programme as part of the work of the Sonya Rebecchi Foundation to provide for the local community. As Shaun ran a similar programme in Switzerland, where disadvantaged children are paired with mentors, he thinks it would be a great idea.

However, Finn feels that his criminal record would stop him from being involved with the scheme. But this doesn’t stop Shaun, who goes ahead and passionately pitches the idea during a presentation to Toadie Rebecchi (Ryan Moloney).

Neighbours Spoilers– Finn Kelly’s Past Is A Problem

He loves the idea, and knows that Sonya would too, but he agrees that Finn’s involvement may be tricky considering his past. Yet, Shaun still tells Finn that he really wants to work with him on the project and spend time together, until he later hears from Toadie that the idea of them both managing the project will not happen. He just won’t be able to get police clearance to work with children, or even handle admin work.

After learning out his fate regarding the Buddy Club programme from Shaun, Finn is devastated. He knows that his past, which includes grooming a teenage girl, attempted genocide, kidnap and so much more, will always follow him around. And as long as it does, it will always affect those close to him.

Will Finn ever be able to break free from his past?

Tune into Neighbours from Thursday 10th October to watch the storyline unfold!

The Young and the Restless Spoilers: Victoria And Billy Provoking New War With Victor?