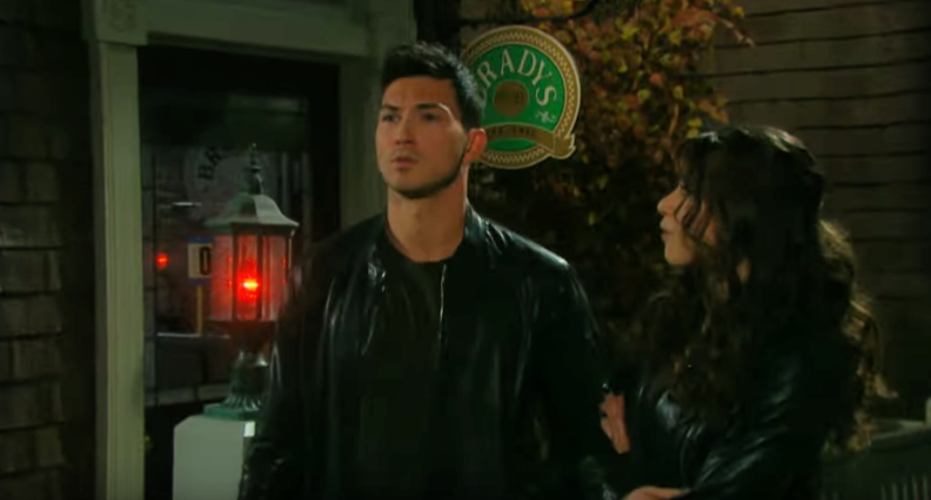 As Days of Our Lives viewers will recall, Jordan has tried to kill Ciara Brady (Victoria Konefal) several times before, most recently by trying to run her over with a car, but it has not been able to be proven. Then Ben has a nightmare about Jordan killing Ciara, and decides that he must take some action and desperate, goes to Ciara’s grandfather, Victor to have Jordan eliminated!

Ben, perhaps not really thinking things out, reasons that if Victor was willing to kill HIM to protect Ciara from HIM then he might be willing to kill Jordan! Ben is probably thinking more with his emotions than his mind, with so many terrible things happening around him, not the least of which is his employer, Stefan DiMera (Brandon Barash) having been shot and in dire straits – as Ben’s employment might be as well! If Stefan were well and able Ben might go to him for help with Jordan!

DOOL Spoilers – Xander Kiriakis Is Not In The Killing Business Anymore

Victor, upon hearing this request, might try to get Xander Kiriakis (Paul Telfer) to take care of the Jordan problem for Ben. He’ll probably bring up Ben’s skillset and past first, asking him why he doesn’t do it himself, but Ben will tell him he’s kind of in the position of having to put a beloved pet to sleep who has contracted rabies; he knows it has to be done but he can’t bring himself to do it!

Xander is trying to be a better man and he will turn Ben and Victor down flat although he might know somebody he can refer Ben too! On the other hand, Victor might turn Ben down flat, saying he’s crazier than Victor thought he was! Ben will say Jordan’s the crazy one! Xander, however, might offer to bodyguard Ciara and keep an eye on her when Ben cannot for whatever reason.

Granted, Detective Lani Price (Sal Stowers) didn’t have a lot to go on when trying to find proof that Jordan was behind the wheel of that car when it came speeding towards Ciara that night just outside Brady’s Pub. But since Commissioner Eli Grant (Lamon Archey) is a relative of Ciara, Ben might get more police action – and protection – by telling him the problem.

He may not want to bother any of Ciara’s family members given what is going on with Julie Williams (Susan Seaforth Hayes), but this is a serious situation; the last thing the Horton/Williams/Brady family needs is TWO deaths, and certainly not close together! Of course, Days of Our Lives viewers know Julie will live, but Ben doesn’t!

Neighbours Spoilers: Finn’s Past Haunts Him –Can He Ever Break From His Criminal Background?

General Hospital Spoilers: Elizabeth And Kim Cross Paths — Is A Catfight Ahead?