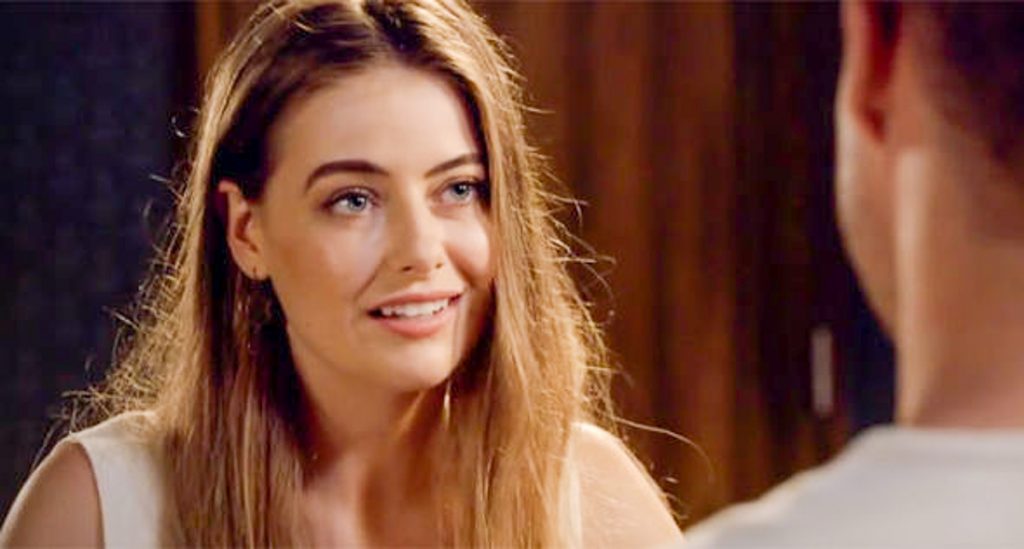 They’ve only been a couple for a matter of months, but Pierce and Chloe decide it’s time to take their relationship to the next level, leading to a shock double proposal!

Official spoilers show that next week is a great week for Chloe Brennan, who’s hopes are really looking upon returning to Erinsborough after looking after her sick mother.

The good news begins when Terese asks Chloe to take over the role of General Manager at Lassiters on a temporary basis whilst she works behind the scenes to sort out the sex tape scandal. Chloe gladly agrees, knowing what a great opportunity this is for her. Please that things are finally going right, Chloe shares her news with Elly Conway.

Elly is over the moon for Chloe, but her mood suddenly takes a turn when Chloe reveals that she is planning to propose to Pierce at the Melbourne Cup event. Making it obvious that she hasn’t fully moved on from Chloe, Elly reveals her distain of the news, causing much tension between the two.

Elly and Chloe’s argument is still on Chloe’s mind the following day, making her doubt whether she should propose after all. Fortunately, Chloe doesn’t let the previous day’s events get in the way and the Melbourne Cup party is a great success. She doesn’t even have to think about proposing to Pierce, because he gets in their first!

When famous Australian magician Cosentino asks Chloe onto stage as part of his act, Pierce gets down on one knee and proposes – to which Chloe gives an enthusiastic yes! To celebrate their good news, Chloe, Pierce and Hendrix move into Number 24 the following day.

However, the good mood doesn’t last for long when Chloe realises that Pierce hasn’t told Hendrix that she has got Huntington’s disease. How will he react?

Tune into Neighbours from Monday 4th November to find out!

The Bold and the Beautiful Spoilers: Heather Tom Gets A New Directing Gig