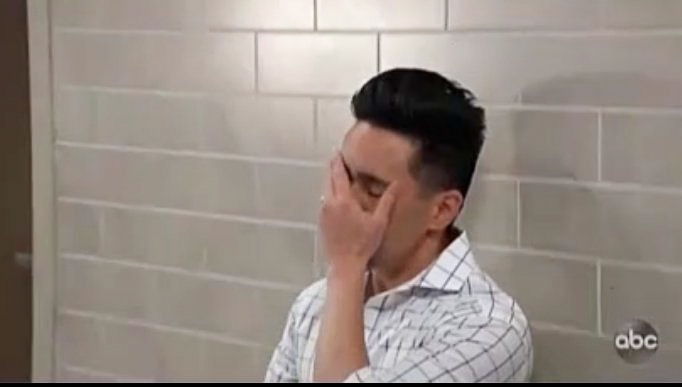 General Hospital (GH) spoilers for the week of Monday, September 9 through Friday, September 13, 2019 reveal Elizabeth Webber Baldwin (Rebecca Herbst) is in a dire situation when both her and Samantha “Sam’ McCall (Kelly Monaco) learn the father of their children, Drew Cain (Billy Miller) has gone missing when the plane he was on vanished. By mid-week the two will bump into each other, while on the hunt for the elusive Drew. Dr. Monica Quartermaine (Leslie Charleson) will also be busy when she goes to General Hospital’s ICU.

GH sources tease that Sonny Corinthos (Maurice Benard) is attempting to make a deal with the devil so to speak; and it appears to work; towards the end of the week, Sonny will have located Dev Cerci (Ashton Arbab). Mob enforcer, Jason Morgan (Steve Burton) will also have an update on everything he has been doing behind the scenes.

Meanwhile, Brad Cooper (Parry Shen) is having a difficult time explaining things and places himself in a very precarious position. Luckily for Brad, he once again is saved from the corner he has painted himself in; but from a shocking source.

Brad frantically meets with Julian Jerome (William deVry) asking if he has made a decision regarding, Wiley’s Dad and Brad’s husband. Dr. Lucas Jones (Ryan Carnes). Julian does pause as it is his own sister who questions his motives and forces him to reevaluate his plans. Julian will talk to his ex-wife and confidante, Alexis Davis (Nancy Lee Grahn) wanting her opinion and help on this decision.

In other GH spoilers, Hayden Barnes (Rebecca Budig) remains sympathetic to her sister’s plight. Anna Gibbons and Patrick J. Gibbons (Wyatt Hoover) both return to the ABC soap opera this week. Lulu Falconeri (Emme Rylan) bumps into her new “love interest” Dustin Phillips (Mark Lawson). Will the sparks continue to fly between the duo as Dante Falconeri (Dominic Zamprogna) has ended their marriage so abruptly?

Be sure to tune into ABC’s General Hospital (GH) on Monday, September 9, 2019 to catch up on all these exciting stories unfolding in Port Charles right now.