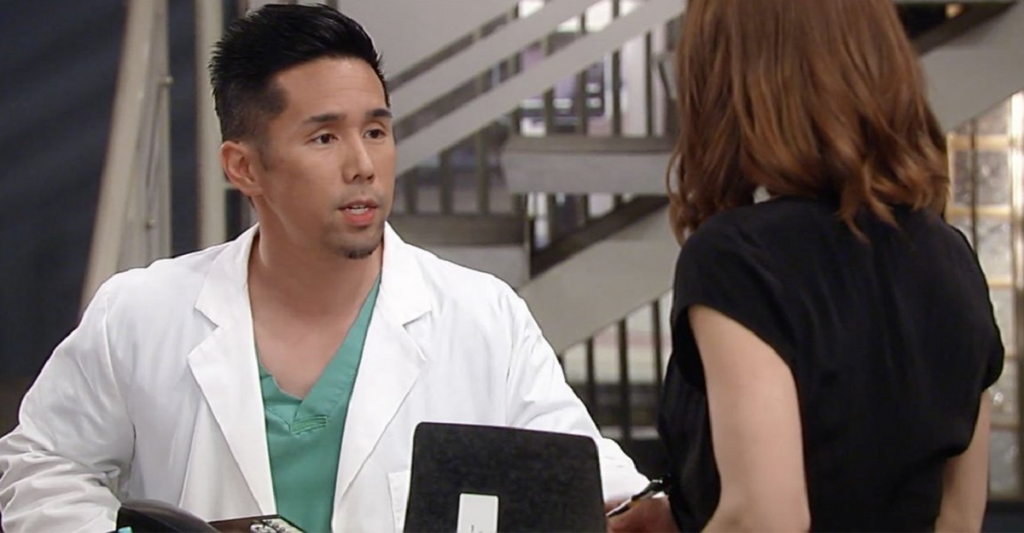 General Hospital (GH) spoilers tease that Brad Cooper (Parry Shen) will find a new ally to help him keep the baby switch secret from coming out. And that ally is none other than Hayden Barnes (Rebecca Budig)!

General Hospital viewers shouldn’t be too surprised that Hayden would agree to help Brad after he brings her in the loop about Wiley Cooper-Jones (Erik and Theodore Olson) really being Jonah Corinthos! After all, Hayden has a baby secret of her own. She has a toddler who is her daughter with Dr. Hamilton Finn (Michael Easton).

Not only has she never told Finn about her, but she also lied that she miscarried. She hasn’t even told her sister Elizabeth Webber Baldwin (Rebecca Herbst) about her little girl, although recent episodes have revealed that she is in almost daily contact with her daughter and her nanny.

Even though Brad and Liesl Obrecht (Kathleen Gati) seemed to have come to somewhat of an understanding, General Hospital spoilers say she will continue to be a looming threat to exposure of Brad’s baby swap secret. He will search for help. 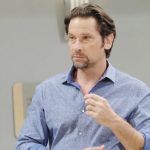 She was a Shiloh admirer and a Dawnie. Brad will find an ally in Hayden through her being a mutual enemy of Obrecht. And Hayden knows all about altering records.

Hayden, whose real name is Rachel Berlin, learned a lot about altering records from her father, or the man she grew up believing was her father, Raymond Berlin (Robert Curtis Brown). But she didn’t find out Jeff Webber (Richard Dean Anderson) was her birth father until she was an adult.

Raymond Berlin was a famous financier who is currently in prison for setting up Ponzi schemes. And Hayden learned everything she knows about finances and altering records from him.

She knows how to get into the hospital’s computer system, having wired money from General Hospital funds to her ex-husband in 2017 to keep him quiet. Although she did put the money back afterward using some creative accounting methods!

Brad had tried altering Wiley’s, Shiloh’s, and Michael Corinthos’ (Chad Duell) medical records at General Hospital. This was so no tie could be shown between Wiley and Michael, but could between Shiloh and Wiley. But he was interrupted by his husband, Dr. Lucas Jones (Ryan Carnes).

Is Ava right about Kim on #GeneralHospital?#GHhttps://t.co/bjBFuADKNv

Lucas already saw enough to see that Shiloh didn’t have the congenital heart condition that Wiley was already diagnosed with. And that was probably what Brad was trying to change.

With Hayden changing the records, all he has to do if Lucas looks into these records again is simply tell him that he had notified the medical records department of them and they’ve now been corrected!

Days of Our Lives Spoilers: Eric Dumps Sarah– ‘Ericole’ Officially Back Together, But For How Long?