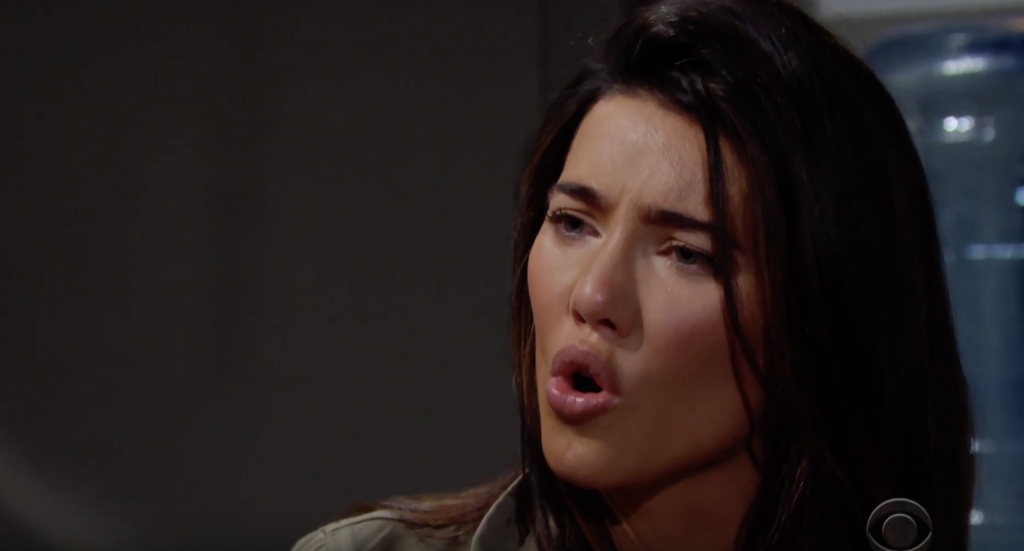 The Bold and the Beautiful spoilers for the week of September 9th thru 13th indicate that Wyatt Spencer (Darin Brooks) could reunite with Sally Spectra (Courtney Hope), while Ridge Forrester (Thorsten Kaye) and Brooke Logan’s (Katherine Kelly Lang) marriage appears to be ending.

It’s a happy moment for Wally fans when their favorite couple appears to be on the verge of a reunion.

As viewers know Wyatt broke up with Sally and soon reunited with his ex-girlfriend Flo Fulton (Katrina Bowden), whom was his first love. But now that the truth about baby Beth is out, things have changed for Wyatt and Flo.

Upon learning Flo was part of the baby switch, Wyatt dumped her. He was furious that Flo lied to him and caused his brother Liam Spencer (Scott Clifton) and Hope Logan (Annika Noelle) so much heartache. 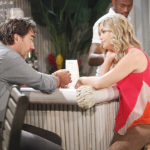 Bold And The Beautiful Spoilers: Ridge Leaves Brooke After Fierce Argument And Ends Up In Shauna’s Bed

After their break up, Wyatt went to Sally to tell her about Flo’s deceit. Wyatt also told Sally that he loved her and asked for a second chance. Sally seemed hesitant at first, but now has changed her mind. In the preview for this upcoming week, the couple share a kiss, giving fans hope for a reunion.

While Wyatt is moving forward with Sally, his ex Flo is sitting in jail due to her role in the baby swap.

Flo have been begging the Logans for forgiveness and maintaining her innocence in the crime. She has felt everyone’s wrath as they admonished her for her deceit.

This week Flo faces another confrontation when Steffy visits her in jail.

Steffy was a victim of Flo’s lies. After learning the truth about the baby switch, Steffy had to give Beth back to Hope. The fallout has been emotional for Steffy. She’s hurt and she’s angry, and she takes her fury out on Flo.

During her visit, Steffy accuses Flo of destroying families and she says she hopes Flo rots in prison because it’s what she deserves.

Bold And The Beautiful Spoilers: Ridge Leaves Brooke After Fierce Argument And Ends Up In Shauna’s Bed https://t.co/bqrraCMEQB pic.twitter.com/ypSySEUr3U

Marriage trouble for Ridge and Brooke

Ridge and Brooke’s marriage continues to be on the rocks as the couple argues over Thomas Forrester’s (Matthew Atkinson) misdeeds.

Brooke is furious with Thomas destroying Hope’s life by keeping the truth about Beth a secret. With the revelation that Thomas may have been involved in Emma Barber’s (Nia Sioux) death, Brooke is more worried about Thomas’ dangerous behavior.

Ridge knows his son has issues and wants to protect his son. During a talk with Brooke, Ridge says that his main priority is his son. Brooke doesn’t agree with her husband and says that Thomas doesn’t need protection and needs to pay for what he’s done.

With the couple still at odds over Thomas, it’s looks like they’re heading towards splitsville soon.