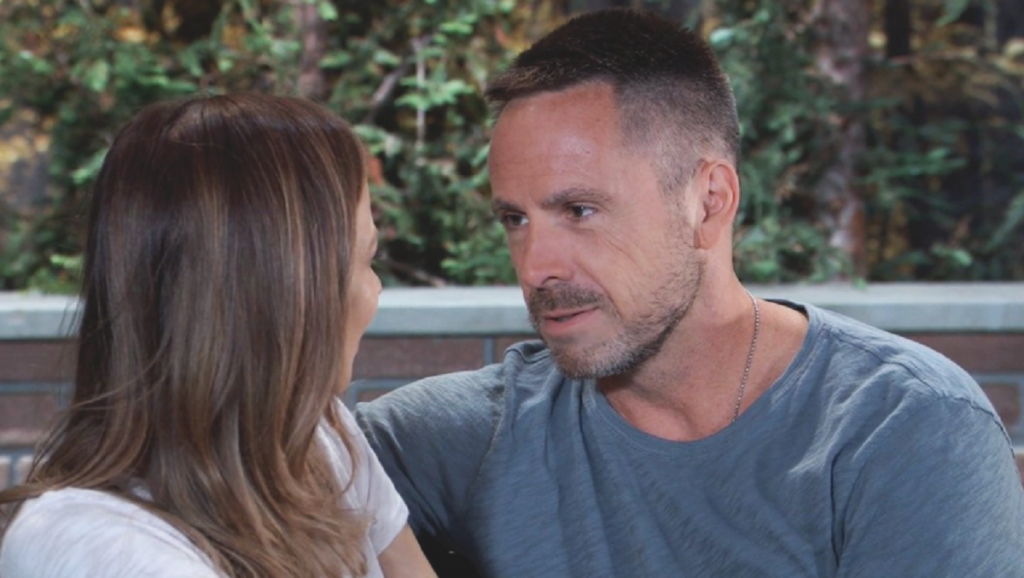 Kim’s on shaky ground the way it is, emotionally, since she has been wanting to get out of Port Charles with Julian asap, yesterday if possible! She is still dealing with her grief for her son with Drew, Oscar Nero Quartermaine (Garren Lake Stitt) in May 2019.

Once she hears that the real Drew’s plane went down somewhere in Afghanistan and he is feared dead, her last physical link to Oscar will be dead or at least presumed dead until proven alive, and all she will have to cling to of either Oscar or Drew through will be Frankendrew – Franco with pre-2012 Andrew Cain’s (Steve Burton) memories and personality, plus his extremely passionate attraction to her! The episode in Oscar’s Meadow that Cameron Webber (William Lipton) and Trina Robinson (Sydney Mikayla) witnessed is plenty of proof that Kim won’t be able to say no to Frankendrew much longer!

When Kim and “Charlie” as she nicknamed Julian, for Charlie’s Pub, where she first met him, first started getting involved, as viewers will recall it was more of a friends with benefits situation and both admitted to having some ex baggage, in her case an ex-lover and baby daddy, and in his case an ex-wife and baby mama, although technically both their children were much older than babies, and in Julian’s case his and Alexis’ “baby” has had a couple of babies of her own! They gradually grew into a real couple over the year to year and a half that they’ve been involved, and now seem to be quite serious…maybe not a marriage just over the horizon, but at least plans to move in together and to move out of town together.

Neither Kim nor Julian can run away from their true feelings and attractions from their exes, although they can try to compartmentalize or try to shift their focuses. They could even try to subconsciously replace their exes in their hearts with each other, which is merely a subtle form of rebound; and rebound relationships do not usually work out for that reason exactly; people cannot replace each other in their hearts with other people!

It just doesn’t work! One might think it is working for a while when one’s focus is shifted, but if the ex is in one’s circle or frame of reference, the attention is always drawn away to the ex, even if the current love is right there. Viewers have noticed that with both Kim and Julian, although Julian has had more of a reality and something concrete in Alexis, which he’s always the “good friend” to, then Kim has, with RealDrew not really being who he used to be, with none of his former personality or memories. Now all she has is Frankendrew but he’s starting to be a pretty good substitute!

Days of Our Lives Spoilers: Will Amnesiac Jack Get His Memories Back?