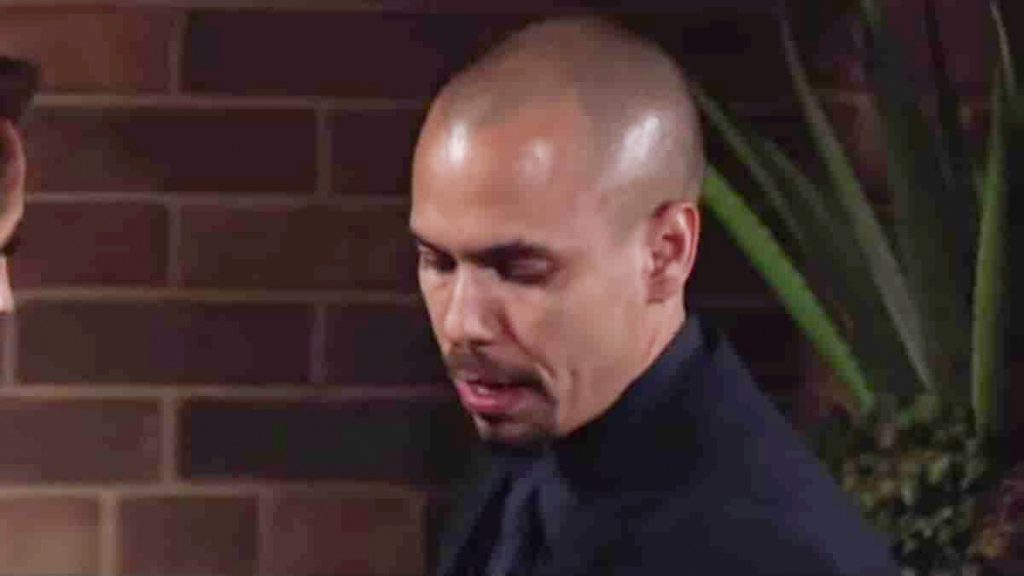 This week on The Young And The Restless (Y&R) a bitter Zoe Hardisty (Anna Grace Barlow) will cause mischief and mayhem at the Grand Phoenix hotel launch party. Also, Elena Dawson (Brytni Sarpi) will make a stunning confession and Devon Hamilton’s (Bryton James) life spirals out of control. Keep reading for more Y&R spoilers for the week of September 9 to September 13.

Devon has everything going for him these days – billions of dollars and a gorgeous new girlfriend. But this week on Y&R, it looks like his world is heading for a big downturn. Someone (rumor has it that it’s Chance Chancellor) is challenging Katherine Chancellor’s (Jeanne Cooper) will, which could drive Devon into the poor house.

Y&R spoilers also tease Elena will send Devon’s world into yet another tailspin when she makes a shocking confession. Fans are speculating that whatever she tells him may have to do with Nate Hamilton (Sean Dominic). The pair have become a lot closer since they began working together, but have they crossed the line? If so, both Devon and Abby Newman (Melissa Ordway) will be devastated.

Other speculation points to Elena’s confession being that she dated Chance in the past. It looks like whatever her admission is, Devon will confide in Mariah Copeland (Camryn Grimes) about it later in the week.

Meanwhile, Abby and Chelsea Newman’s (Melissa Claire Egan) grand opening will not go as planned. First, Phyllis Summers (Michelle Stafford) will crash the party and will congratulate the women, even though she’ll be biting her tongue as she says it. She’s hoping to witness some havoc and she won’t be disappointed.

After Zoe spikes some pitchers of sangria with drugs, party guests will be out of control. And during it all, Zoe will be filming the goings-on with her phone and they’ll be doozies. Is she going to use the footage for blackmail, or will she release it all on the internet for revenge?

Summer Newman’s (Hunter King) inhibitions will be lowered, and old feelings will resurface, as she is seen in a video promo tenderly touching Kyle Abbott’s (Michael Mealor) face and moving in for a kiss. And a very angry Lola Rosales (Sasha Calle) will be watching! What kind of fresh new hell will Lola unleash on Kyle for this?

The drugs will also influence Sharon Newman (Sharon Case) as she plants a kiss on Rey Rosales (Jordi Vilasuso), which he willingly gives in to. These two have been yearning for each other since they broke up, so maybe this will be just what they need to get their relationship back on track.

Also coming up this week, Victor Newman (Eric Braeden) will ask Nikki Newman (Melody Thomas Scott) to keep a secret and will also deliver some disconcerting news, as his condition takes a terrible turn. And Billy Abbott (Jason Thompson) will continue to explore his dark alter. Finally, Paul Williams (Doug Davidson) will return to the Y&R canvas this week to hunt down a lead. Will it have something to do with the drugged sangria? Stay tuned to Y&R to find out!