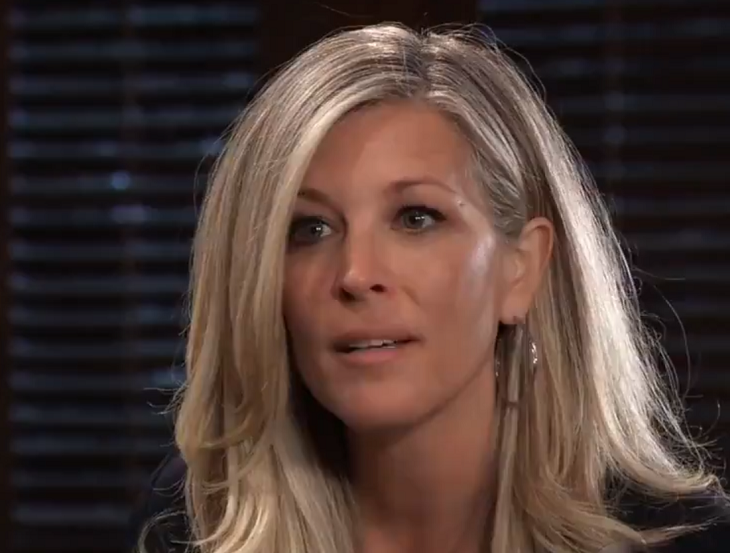 The real Kevin Collins, along with Mayor Laura Webber (Genie Francis) will likely still be locked in the basement of Ferncliff, with no hope of Ryan letting them out. Ryan may be thinking the authorities will assume Franco has escaped.

He may shoot up Franco with a fatal dose of something like he’d planned to do with Griffin Munro (Matt Cohen), to make it appear like a suicide. There are no indications Roger Howarth is leaving GH though,  so Franco should survive.

General Hospital – Ryan Will Force Carly Along For The Ride

Ryan can’t let Carly live either, so he will probably force her to go along for the ride. Other General Hospital spoilers for next week, March 4th-March 8th tease that Jason Morgan (Steve Burton) goes out looking for Carly.

When he tracks her to a certain point he’ll be too late and Ryan will have already left. He will be even more driven to find her, knowing she’s pregnant and is supposed to avoid stress. Jason won’t want his bestie to endure yet another miscarriage like she did when she fell down the stairs.

Carly’s pregnancies have always been high risk. She suffered a placental abruption with Michael (Chad Duell), gave birth to Morgan (Bryan Craig) with a gunshot wound to her head, caused by Sonny Corinthos (Maurice Benard) when he missed Luis Alcazar (Ted King).

Carly also had another miscarriage in between the births of Morgan and Josslyn (Eden McCoy), and had high blood pressure and another high risk pregnancy with Joss.

No wonder Sonny wasn’t sure about her going through another pregnancy, especially not in her mid-40s. Jason knows this history so he will do everything possible to make sure Carly and the baby make it. He may even be the one to take down Ryan for good, and save Franco, who may be in the car trunk. Jason saving Franco’s life would be a soapy twist for sure, considering their history.

Stay tuned to GH and keep checking General Hospital spoilers frequently to see what happens in this exciting storyline!