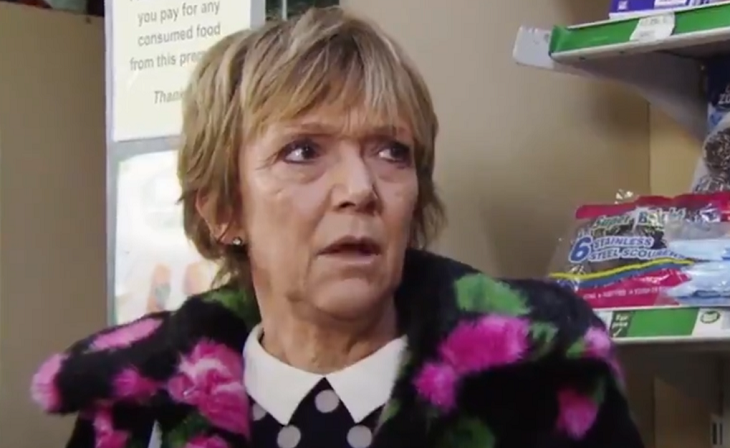 Kat Moon (Jessie Wallace) found out about Jean Slater’s (Gillian Wright) illness, and as she realizes Jean may have cancer, she confronts her. But Jean insists Kat keep her secret, especially from her daughter, Stacey Fowler (Lacey Turner). However, Kat will go against Jean’s wishes and reveal the truth to Stacey, EastEnders spoilers say.

Stacey wants Jean to undergo tests right away. Shirley Carter (Linda Henry) is also there while the tense conversation takes place and is fussing about why Jean would hide it from them. Jean feels overwhelmed by everyone’s concern, so she packs her bag and leaves.

With Jean gone missing and the police are not able to locate her, the Slaters grow more worried while waiting for the test results. EastEnders spoilers even tease that Stacey will resort to drastic steps just to find her mother. Later, Jean let them know she is fine but she needs some time alone.

Despite hearing from Jean, Stacey keeps on struggling, and so Kat and Martin Fowler (James Bye) then make a plan to get the results even without Jean. At the hospital, Kat pretends she is Jean, but it backfires.

EastEnders – Slaters Left In Turmoil As Mo Schemes With Kush

Fortunately, Martin has secretly written down Jean’s notes. They ask Sonia Fowler (Natalie Cassidy) to interpret it for them, and according to EastEnders spoilers, they will be in for a shock from what Sonia will tell them. It was confirmed previously that Jean would be diagnosed with ovarian cancer.

While Jean continues to go missing, the Slaters are left in turmoil. Mo Harris (Laila Morse) plans a stupid scheme. Kush Kazemi (Davood Ghadami) convinces her to go halves with him in cashing in on some stock, but after “borrowing” money from Kat, she double crosses Kush. However, Kush immediately finds out and catches her, and the words of her scam reaches the Slaters.

EastEnders spoilers reveal that Kat and Stacey will be furious. They are in desperate need of support at this time, given Jean’s situation, but Mo still finds a way to mess things up. So Mo will be kicked out of the Slaters house. Will she come to her senses and make up with her family?