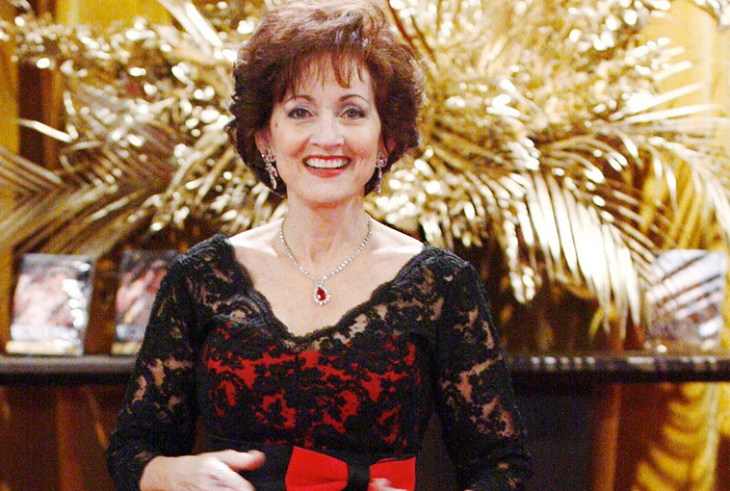 Days of Our Lives spoilers tease Vivian Alamain may be coming back from the dead in the person of Robin Strasser, most recently seen in soap land as Dorian Lord of One Life To Live.

The March 11th edition of Soap Opera Digest confirms that Robin will be joining Days of Our Lives, but not which character she will be playing. It’s suspected it may be Vivian Alamain, the mother of Stefan O. DiMera (Tyler Christopher).

The character was “killed” in May 2018, but her initials were shown on a door in the warehouse operated by Kristen DiMera (Eileen Davidson) – the same building where Jack Deveraux (Matthew Ashford) may also have been.

Days Of Our Lives – Did Dr. Rolf Bring Them All Back To Life?

Since Xander Cook Kiriakis (Paul Telfer) supposedly died in that building and Nicole Walker (Arianne Zucker) is set to return as well, it’s a good bet nobody with initials on those doors really died, or Dr. Rolf (William Utay) brought them back to life.

It makes perfect sense for Vivian to show up again in Salem, because she was heavily involved in the scam with Leo Starke (Greg Rikaart), taking up a sexual harassment suit against Sonny Kiriakis. She won’t likely show up for several months, since Days of Our Lives films six months ahead, but Leo might have more secrets than anyone would know.

Days Of Our Lives – What Secrets Did Zandy Reveal?

Maybe “Zandy” got a little drunk during their night together and told him some of his secrets, such as Vivian and possibly several others still being alive, and Leo’s just keeping secrets for more leverage as he needs them.

After all, he’s already used his trump card of photos of Will Horton (Chandler Massey) and Sonny rolling him up in that rug and putting him in the trunk of a car! So will Robin be playing Vivian, or a new character?