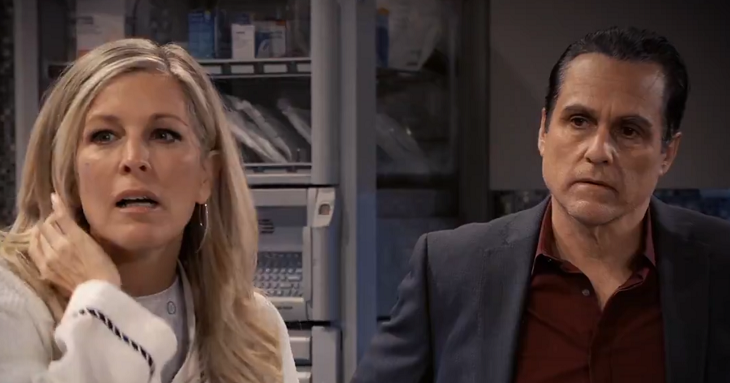 General Hospital (GH) spoilers for the week of February 25 tease that Sonny Corinthos (Maurice Benard) may leave his pregnant wife Carly’s (Laura Wright) side to track down his son, Dante (Dominic Zomprogna). His son has been missing for quite some time.

He was supposed to be checking in with Robert Scorpio (Tristan Rogers) regularly, but the agent hasn’t heard from Dante in a while. Here’s what you need to know about what’s ahead for Sonny.

There’s no denying the fact that this is terrible timing for the Corinthos family. Carly just found out she’s pregnant and they are hard at work raising Avery together.

However, Sonny is worried about his son and he cannot put it out of his mind. ABC Soaps In Depth report that Sonny will wonder if it’s time for him to look for his son. He believes that if he is in trouble, he’s the best person to help.

Robert will give Sonny an update on Dante and it isn’t good news. He will explain that he hasn’t heard from him in a long time and he isn’t sure where he is. This will concern Sonny and he will weigh his options.

General Hospital – Will Sonny Join The Search For Dante?

Deep down Sonny knows that joining the search for Dante will complicate his home life. He knows that his wife would want him to stay put and let law enforcement pull Dante out of his assignment. However, Sonny is a concerned dad and he isn’t sure he can sit on the sidelines and wait for news on his boy.

The question is, will Sonny stay by Carly’s side or will he decide to join the search for Dante? Don’t forget to come back later for more General Hospital (GH) spoilers, news, and casting updates!

Days Of Our Lives Spoilers: Stefan And Gabi Argue Over Gabi Chic

Bold And The Beautiful Spoilers: Florence Making Herself At Home – Zoe Freaks Out, Battle Brewing!