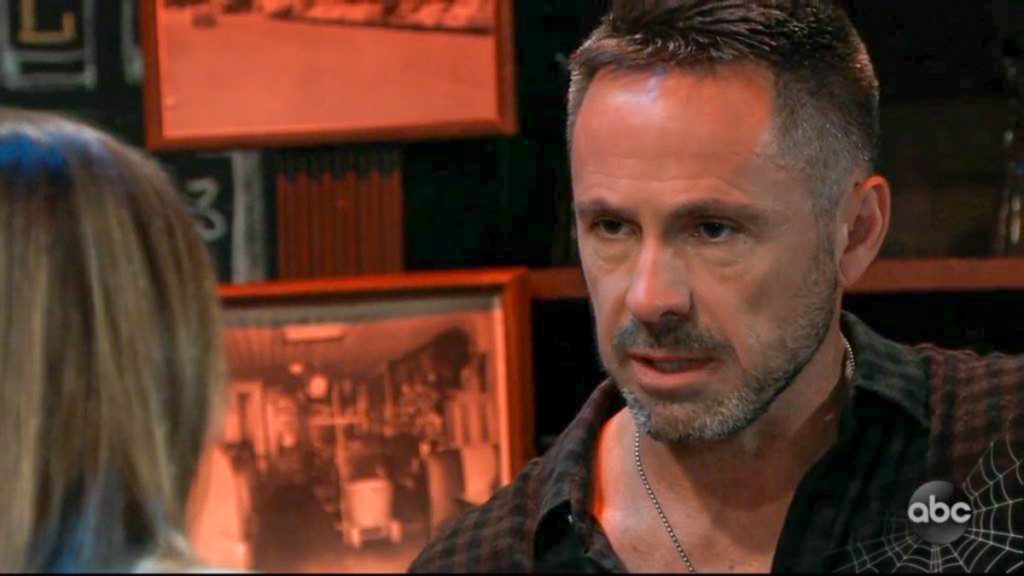 General Hospital spoilers tease that Julian Jerome (William DeVry) will be the architect of some major trouble in Port Charles, but mostly between his son Lucas Jones (Ryan Carnes) and his partner, Brad Cooper (Parry Shen). That’s because he might have planted the seed of doubt between the two men, insinuating that Brad is doing something behind Lucas’ back. However, little does Ryan know that he’s got it all wrong and that the secret Brad is hiding from him is much bigger. Here’s what you need to know.

General Hospital Spoilers: Brad And Ryan Are At A Breaking Point

According to Soaps in Depth, things are going to be getting pretty heated when Lucas begins to make some serious accusations beginning the Monday, November 4th episode. That same day, Brad is going to run to Julian, who won’t be very willing to hear his side of the story. Brad isn’t doing a very good job of reading the situation, given how reluctant Julian has been to help him lately.

But then again, Julian Jerome has other things to worry about in his life, including the increasingly erratic behavior from his sister, Ava Jerome. Say what you will about a person like Julian, but at least he’s a good enough brother to give his sister Ava the support that she needs. After all, she’s got a lot going on in her life, with both the reappearance of Nikolas Cassadine (played by newcomer Marcus Coloma) and the possibility that Ryan Chamberlain (Jon Lindstrom) might break free from Pentonville at any given moment and worse, come after her! Needless to say, Ava can use all of the help that she can get!

With that said, there are so many people that are depending on Julian in Port Charles right now. General Hospital spoilers tease that Julian will indeed rush to the hospital by the Friday, November 8th episode as there is going to be a serious emergency! Will it be Ava? Or worse, will in be Brad or Lucas that are in trouble? Of course, fans will have to tune in to find out what will happen next!

The Young and the Restless Spoilers: Kyle Doesn’t Trust Shady Theo, Expects Motives To Be Sinister – Abbotts Not Listening