The Young and the Restless Spoilers: Kyle Doesn’t Trust Shady Theo, Expects Motives To Be Sinister – Abbotts Not Listening 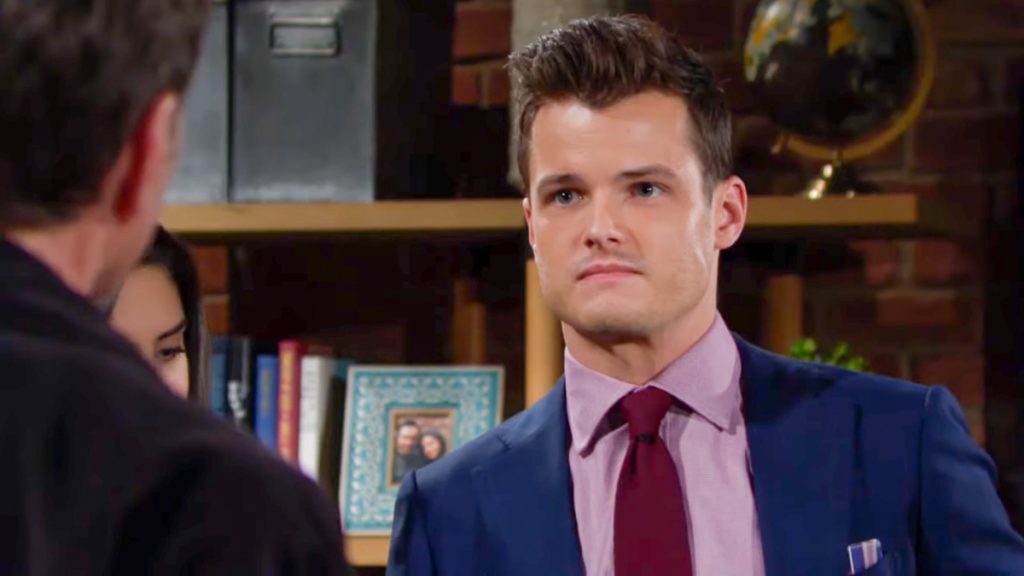 The Young and the Restless spoilers tease that Kyle Abbott (Michael Mealor) will be getting some bad news before he gets any good news in the coming weeks. That’s because his worst fears have come true now that Jack Abbott (Peter Bergman) has revealed that his nemesis Theo Vanderwall (Tyler Johnson) is part of the Abbott family. What are the chances, right? Here’s what you need to know.

Young and the Restless Spoilers: Theo Is Making Kyle’s Life A Living Hell

Apparently, Kyle is none too pleased with the fact that he has a new blood relative, which just happens to be the same person who used to consider a very close friend. Unfortunately, this same friend – Theo – has been making his life a living hell.

Speaking to Soaps in Depth in a new interview, Michael Mealor, who plays Kyle Abbott, tells the publication, “This is the guy I was justifying all of the bad things he was doing, and now he may be a part of my family. Kyle has worked so hard to build the family he never had, and now there’s a guy coming in who is just sinister enough to use this family to his advantage. Kyle doesn’t react to this well. Jack is excited but Kyle is feeling like the odd man out because no one is listening to his warning about Theo.”

Things take an even worse turn when Kyle realizes that his own wife Lola Rosales (Sasha Calle) is seeing the “good side” of Theo and that she’s even defending him, too. This is the same man who crashed their wedding yet Lola is willing to give him a chance. And for Kyle, he believes that he’s not being heard and that he doesn’t have an alley in Genoa City in this situation.

As far as Kyle’s next move is concerned, he believes that there are some sacred things slipping through Kyle’s fingers and he fears if he plays too strong of a hand, even more of it may slip away. In other words, there’s plenty of drama ahead. But it’s not like we wouldn’t expect anything else, right? Fans will have to tune in for all of the action!