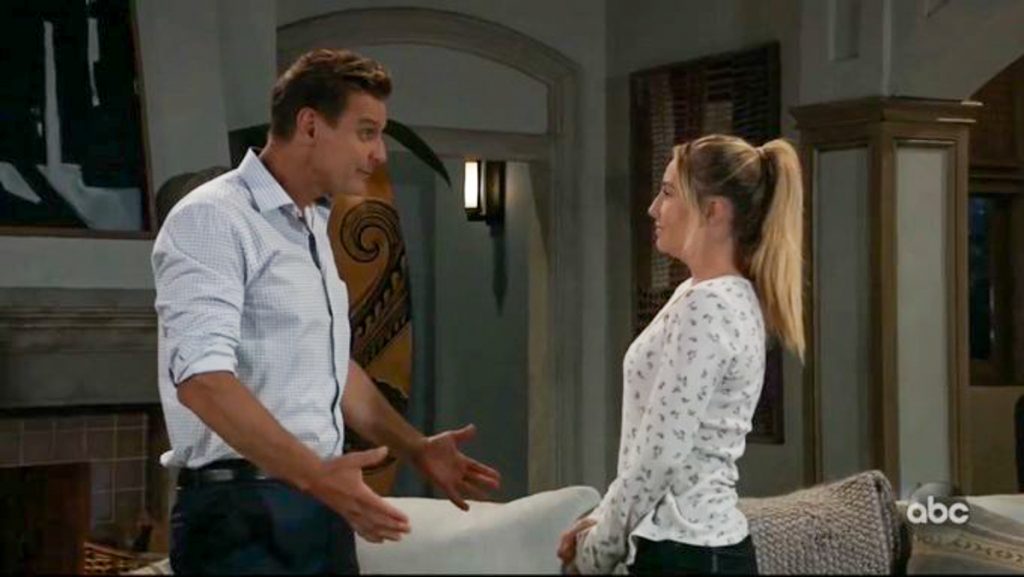 General Hospital spoilers reveal that Jasper Jacks aka Jax (Ingo Rademacher) has to lie to a lot of people. This includes people he cares about, such as his daughter, Josslyn Jacks (Eden McCoy). Will it be too much and lead him to confess the truth about Nikolas Cassadine (Marcus Coloma)?

GH spoilers confirm that Ava Jerome (Maura West) wasn’t imagining things or hallucinating that someone was following her. She saw that individual face-to-face during a recent episode. It turned out to be Nikolas and as a result of seeing the “dead,” Ava fainted. It also led to her trying to get some help by being hospitalized.

Jax is in a difficult predicament. He is being forced to lie to a lot of people he cares about. But things get even more complex when it is suggested that Josslyn move in with him. However, when he says maybe now is not the time, it makes Carly Corinthos (Laura Wright) raise her eyebrows.

It seems that the lies and secrets might be coming to an end soon. Jax is having a hard time keeping such big information from Carly and Josslyn.

General Hospital spoilers tease that Josslyn is having a really hard time right now. She is even trying to cope by writing in a journal, which took an obsessive turn. Then, she got drunk and had to face the consequences at home. Jax suggested that instead of her moving in with him right now, perhaps she needs professional help.

It is teased that lying to so many people might be too much for Jax. Especially now that Carly and Josslyn are added to the storyline. What will he decide to do? It is clear that that Jax and Nikolas have very different perspectives on how this whole situation should be handled. Will Jax end up blurting out the truth at some point and if so, how will this affect the plan to dethrone Valentin?

What do you think is going to happen with Jax? Will the lies and secrets prove to be too much for him to continue keeping? Fans will have to keep watching the ABC soap opera to discover what happens next.