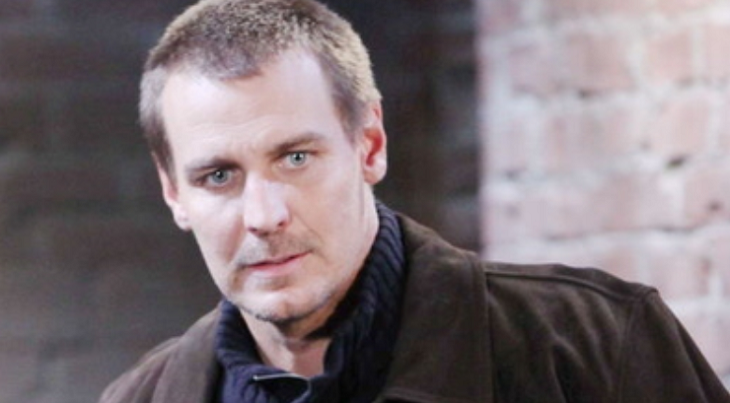 General Hospital spoilers indicate that Jasper Jacks (Ingo Rademacher) is back in the game! As a matter of fact, Ingo’s General Hospital co-stars have all been very excited to work with him again so much so that they’ve been sharing behind-the-scenes photos on their social media accounts. Here’s what you need to know.

While we still don’t know why Jasper Jacks is back in town, we do know that he’s back for a very good reason.  The likely reason is to support his daughter Josslyn Jacks (Eden Mccoy) after the death of her boyfriend Oscar Nero. The actor first began taping in April. His co-star Maurice Benard (Sonny Corinthos) shared a video on his Instagram account that featured his on-screen nemesis Laura Wright (Carly Corinthos) and Jason Morgan (Steve Burton). Maurice captioned the photo with, “Reunited and it feels so good.”

Not only does it feel good, but the photos of everyone together look so good, too! And while a lot of fans have enjoyed seeing Ingo in action as Thorne Forrester over on The Bold and the Beautiful, a lot of have agreed that the actor’s home is definitely in Port Charles.

Reunited and it Feels so. GOOD 👨‍👩‍👧‍👦#friends

General Hospital Spoilers – How Long Will Jax Be Back?

While no one knows how long this current stint on General Hospital will last, some are hoping that it will be permanent! But then again, he does have an open storyline back on The Bold and the Beautiful, too.

After all, Thorne never really finalized his divorce from Katie Logan (Heather Tom) before moving to Paris. Sooner or later he’s going to have to come back to tie some loose ends.

Now, as far as what will happen for Jasper next remains to be seen. So far General Hospital producers have remained very tight-lipped about his storyline.

If there’s one thing we know for certain, however, is that his return is going to be a shock for everyone, especially for Laura and his daughter, Josslyn Jacks (Eden McCoy).

Josslyn is most definitely going to need her father around, especially since General Hospital spoilers indicate that she will be dealing with a lot of heartache in the coming weeks. Of course, fans will have to tune in to find out what will happen next!