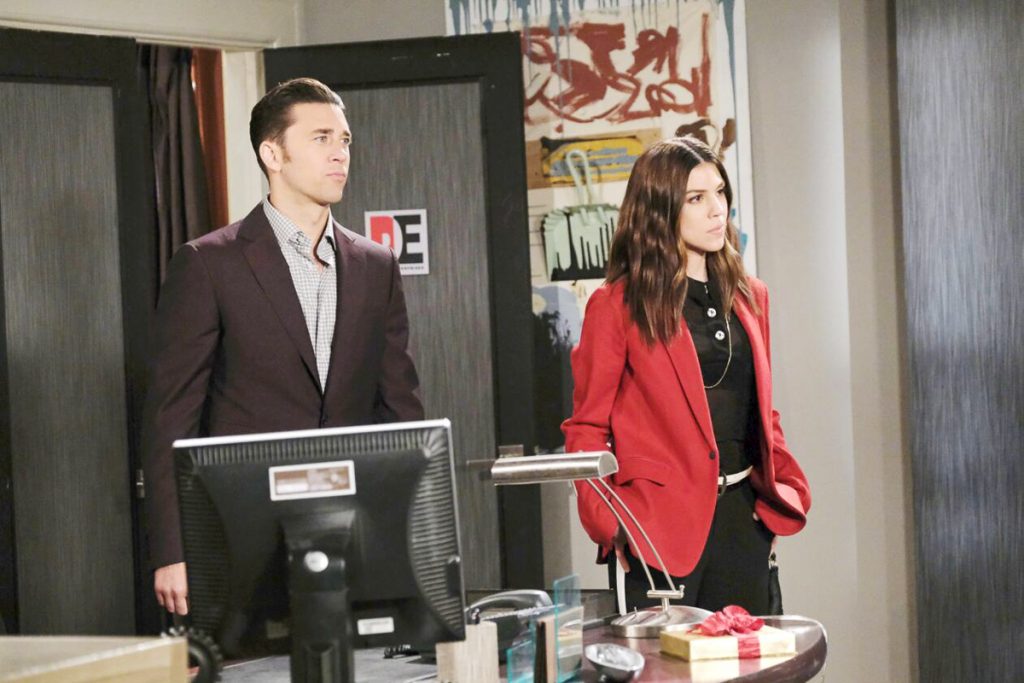 Days of Our Lives spoilers reveal that Chad DiMera (Billy Flynn) has a broken past. When he returns to Salem on November 11, expect him to try and pick up the pieces. Also, it is confirmed that he will be focusing on business.

Days of Our Lives Spoilers – Trouble in Paris

DOOL spoilers indicate that going to Paris was supposed to give “Chabby” relief from all the drama they went through in Salem. However, that really didn’t happen. There was a new enemy who crossed many lines in order to accomplish her goals. Of course, we are talking about Juliette Schank, who portrayed the evil temptress Juliette on Chad & Abby in Paris.

Mansi told Soap Opera Digest that going away didn’t solve their problems or prevent news ones. The root cause of the issues remained because they hadn’t totally resolved them.

The whole reason why Chad and Abigail return to Salem is because of an unexpected phone call. They find out that there has been a tragic accident and Jennifer fell off of a balcony the evening of her wedding. Abby shares this information with Chad and she doesn’t know what to do. He firmly states that the only thing they can do is return to Salem.

Days of Our Lives spoilers indicate that once they are back home, Chad will have a shocking secret. He confesses to his wife that he has been in contact with Stefano DiMera (Joseph Mascolo). It is unclear how she will react, but most fans are predicting Abby will be both shocked and angry.

Bill Flynn spoke about his character, saying that when Chad returns to town, he is going to be all about business. However, he will also have to deal with their marriage. Gabi Hernandez DiMera (Camila Banus) is living at the DiMera mansion. There might still be fallout from the things Juliette did in Paris. Plus, there is the confession about Stefano. Expect a lot of twists and turns in the weeks following “Chabby” returning.