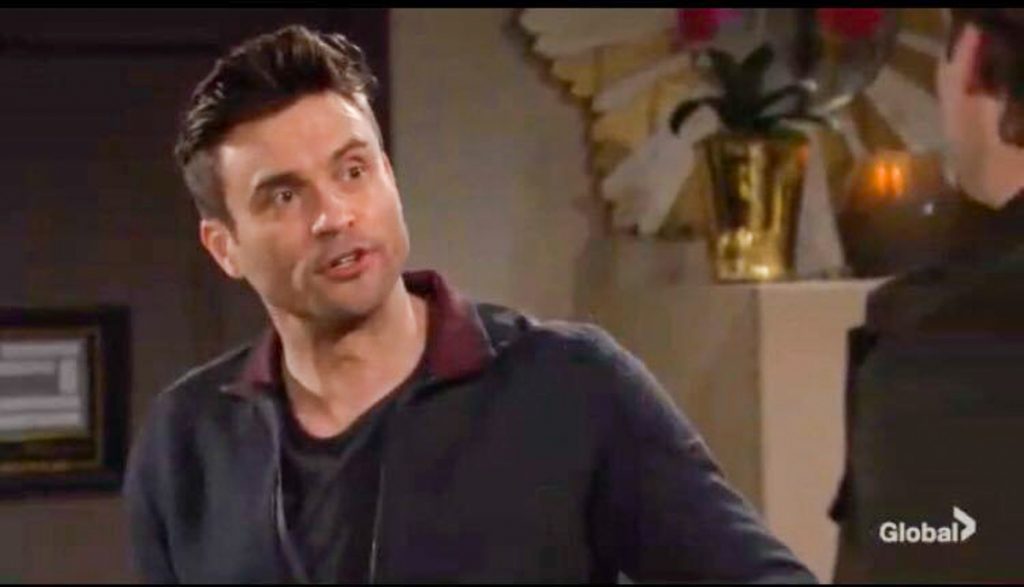 The Young and the Restless (Y&R) spoilers for Tuesday, November 12, tease that the hostage situation will bring more chaos. At the Grand Phoenix, Simon Black (Jeffrey Vincent Parise) shuts down Abby Newman’s (Melissa Ordway) offer to let him have what’s in the safe. He insists it won’t be nearly enough.

Since Simon would prefer to contain this crisis, he orders Abby to put the hotel on lockdown. Upstairs, Cane Ashby (Daniel Goddard) realizes the elevators no longer work. That news concerns Amanda Sinclair (Mishael Morgan), who feels like they’re sitting targets now. Cane picks up on Amanda’s excessive agitation and wonders about her past. He asks where Amanda was locked up and who put her there.

Amanda just wants Cane to mind his own business, but he remains curious. After Amanda mentions the media attention this could bring, Cane suggests she can’t outrun her old life. Meanwhile, Phillip “Chance” Chancellor IV (Donny Boaz) assures Phyllis Summers (Michelle Stafford) that he didn’t hire Amanda. He alludes to a theory, but he wants to concentrate on this mission right now.

Chance gets Phyllis to text Abby, who hit the emergency security button and is hiding her phone from Simon. Abby nods into the security cam to let Phyllis and Chance know she’ll help them. At the coffeehouse, Nick Newman (Joshua Morrow) talks to Jack Abbott (Peter Bergman) about his upcoming debate. Soon after, Paul Williams (Doug Davidson) and Rey Rosales (Jordi Vilasuso) appear with a shocker.

Nick’s floored to learn the debate’s been canceled due to a hostage situation at the Grand Phoenix. He freaks since that’s where Abby and Chelsea Lawson (Melissa Claire Egan) are. Paul urges Nick to let the cops deal with this and touches base with Chance, who thinks Paul should start negotiations.

Back in the hotel lounge, Chelsea tries to reason with Simon. She can give him the $1 million Anita Lawson (Catherine Bach) wired and the rest will follow. Simon can’t take Chelsea’s word for that. He takes Chelsea and Adam Newman’s (Mark Grossman) cell phones before Paul calls Abby.

Abby hands the phone to Simon, who demands a private jet and $5 million. Simon plans to take Connor Newman (Judah Mackey) with him, but Adam wants to go in his son’s place. He contends that he has resources and can give Simon a brand-new life. Abby backs Adam up and assures Simon that the offer’s legit. She knows her brother can pull this kind of thing off.

Back with Chance, he needs Phyllis to stay in her suite and be his eyes. Phyllis monitors the equipment and relays info to Chance, who crawls through the air ducts. Chance also communicates with Abby in the lounge to be sure she’s ready.

Over with Adam, he faces a fed-up Simon’s gun. Abby screams to cause a distraction, which gives Chance his opportunity to swoop in. Simon’s caught off guard when Chance drops down from the vent and knocks him to the floor. The police arrive moments later, and Nick isn’t far behind. Although Nick is eager to get answers, Chelsea turns her attention back to Connor and Adam.

As for Chance and Paul, they’re happy over the bust. Chance gives Abby credit for doing her part, but Phyllis waltzes over to suggest the magic happened behind the scenes. The Young and the Restless spoilers say there’s much more Chance drama to come. We’ll give you updates as other Y&R details and rumors emerge. Stay tuned to see what’s next in Genoa City.