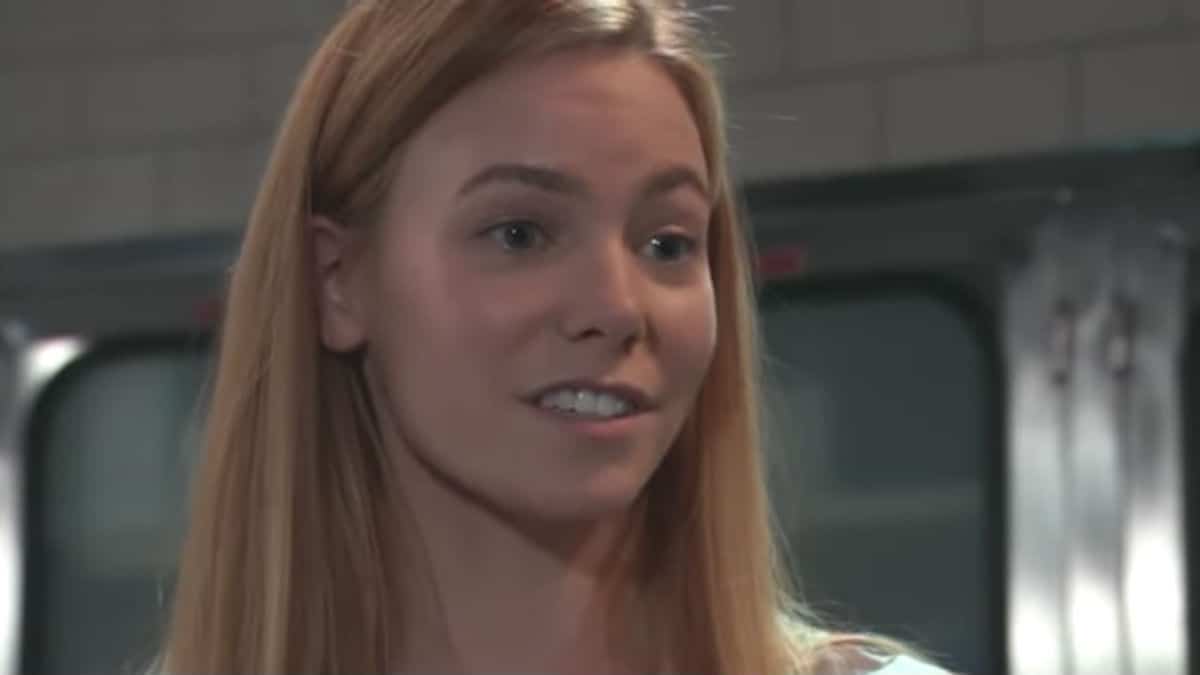 Diane Miller (Carolyn Hennesy) and Alexis Davis (Nancy Lee Grahn) catch up at a Port Charles local restaurant that is probably Charlie’s Pub, since that seems to be Alexis’ venue of choice these days. Diane flusters Alexis with a very personal question that quite frankly is none of her business, as she asks Alexis if the sex was transcendent! Viewers haven’t seen Alexis anywhere in particular with Neil Byrne (Joe Flanigan) recently, so what in the world could Diane be talking about?

At General Hospital, Dr. Hamilton Finn (Michael Easton) has news, more than likely for Sasha Gilmore’s (Sofia Mattson) family and friends as he pokes his head out from behind the isolation curtain. He shouts out, “I think you all should hear this together!” Obviously everyone must be there, Nina Reeves, (Cynthia Watros) Valentin Cassadine, (James Patrick Stuart) and possibly Liesl Obrecht (Kathleen Gati) and Michael Corinthos (Chad Duell). Question is, is it good news or more bad news?

Liesl Obrecht (Kathleen Gati) is still in the building at General Hospital and she catches Brad Cooper (Parry Shen) unawares, as she gets right up in his face literally and menacingly asks, “Are you threatening me, Brad?” As viewers will recall, Liesl had leveraged Brad into changing Sasha and Nina’s DNA records so they would match — although Valentin had taken care of that very well previously. However, the tests that Finn ran on the family to make sure that they didn’t have inactive avian flu virus in their system does partially use everyone’s DNA in the test group and Valentin feared that the Sasha secret would come out and leveraged Liesl, so she “blackmailed it forward” to Brad!

Meanwhile, at Port Charles High School, Josslyn Jacks (Eden McCoy) and Dev Cerci (Ashton Arbab) are in front of some school lockers as Joss tells Dev her plans. This may either be their first day of school, or an orientation day, as Josslyn tells her new “cousin” that by the time she gets done with this, people will believe both of those are true! They could be talking about anything from decorating their lockers to keeping their stories straight about Dev’s identity!

At the Corinthos house, Jasper Jacks (Ingo Rademacher) apparently has found a house of his own, as he is talking to Sonny and Carly Corinthos (Maurice Benard, Laura Wright) about once he settles in, Joss can move in with him! He is obviously concerned about Dev living in the same house with his and Carly’s daughter, and wants to let them know about it!

It would seem that another lockdown was engineered by someone at Pentonville Prison, as Nelle Benson (Chloe Lanier) and Shiloh Archer (Coby Ryan McLaughlin) are having another meeting in a room by themselves! Nelle smiles slyly as she informs Shiloh, “And that, my friend, is where we help each other!” It sounds like she’s plotting a prison break, although she could just be drawing him into a con of her own!