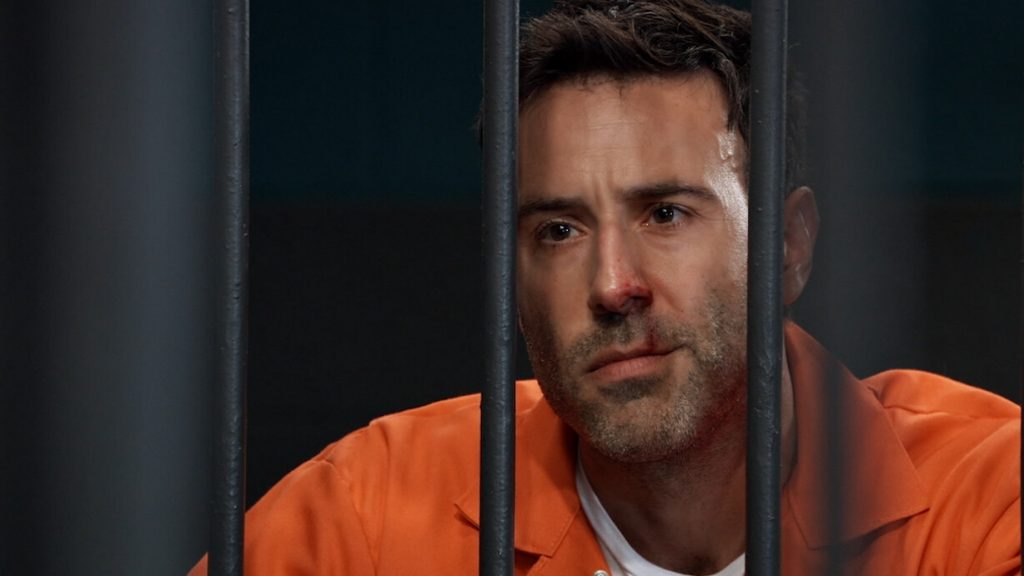 Welcome to your Tuesday August 20th General Hospital (GH) recap! We begin our day at the Corinthos Coffee warehouse where Jason Morgan (Steve Burton) is discussing delivery delays with a worker. Sonny Corinthos (Maurice Bernard) shows up and asks how the new hire is working out?

At the Metro Court restaurant, Carly Corinthos (Laura Wright) is giving Dev his final paycheck. She thinks his skill set will be better used working for Sonny at the warehouse.

Also at the Metro Court restaurant, Jasper Jax (Ingo Rademacher) and his daughter Josslyn Jax (Eden McCoy) are having lunch. Jax spots Dev and asks if thats Sonny’s cousin and he wants an introduction. Josslyn says can they skip the intro as Hayden Barnes (Rebecca Budig) approaches the table.

At the offices of Crimson, Peter August (Wes Ramsey) is reading aloud his Invader story about Franco and the mind mapping. Maxie Jones (Kirsten Storms) says she is busy, but enjoying his company. Suddenly Liesl Obrecht (Kathleen Gati) busts win and has a fashion emergency.

Maxie brings out different outfits for Liesl to try on and asks about her date. Maxie tells her to keep an open mind and to enjoy her lunch with Jax.

Kim Nero (Tamara Braun) shows up at Monica Quartermaine’s (Leslie Charleson) office and say they need to chat. Monica asks if she has seen Franco and Kim says, everything he said to her feels familiar. Kim explains that Franco kissed her, thinking he was Drew.

Monica tells Kim that she may be able to convince “FrankenDrew” to stay in Port Charles. She wants to learn about the child whose childhood she missed out on. She encourages him to try and be Franco’s friend.

Franco Baldwin (Roger Howarth) speaks to Shiloh Archer (Coby Ryan McLaughlin) about their time with Helena Cassadine (Constance Towers). Franco says he does not trust Shiloh, but Shiloh says he’s the only person he can trust. Shiloh says if Franco tells him where the money is hidden, he will fill in the missing parts of his memory.

Shiloh tells Franco about the baby he did not know he had, Oscar.

At the Port Charles jail, Scott Baldwin (Kin Shriner) tells Drew Cain (Billy Miller) that his son needs treatment, not to be locked up. Shiloh comes upstairs to go to Pentonville and threatens the real Drew, he says he will “see him around.”

At the Metro Court, Hayden Barnes (Rebecca Budig) sits down with Jasper Jax (Ingo Rademacher) and says they have run into a glitch with their plan. Hayden says that Liesl Obrecht caught her snooping at Wyndemere. Hayden says Liesl is interested in him and if he takes her on a date it will dispel suspicion.

Sonny Corinthos asks Jason how Franco is doing and Jason explains that he has Drew’s memories. Jason says Franco is going to probably leave town as soon as he’s released. Dev arrives at the warehouse and Sonny yells at him for being late.

General Hospital Rumor: Will The Government Come After Franco As A Security Risk? https://t.co/0Km1tWghV5

Josslyn tells her mom that her dad Jasper Jax is asking questions about “cousin Dev.” Carly says that she’s sorry she’s been put in this position of covering for Dev. Josslyn and Carly look at Liesl on the date with Jax and ponder what’s going on.

Drew goes to see Franco and tells him there is a plea deal. Franco says he has some unfinished business to deal with.

Hayden looks at Maxie’s Crimson work and says its exemplary, she should get her MBA. Josslyn tells Carly she wants to take a break from school and maybe do homeschooling. Carly says she believes in her and dropping out is not happening.

Liesl thanks Jax for saving her life when she almost drowned. Kim tells Monica that she is resigning from General Hospital (GH) she needs a fresh start. She leaves her office and runs right into FrankenDrew.

Peter gets a call from Shiloh at Pentonville, he says they need to sit down and have a chat……..flash to preview.