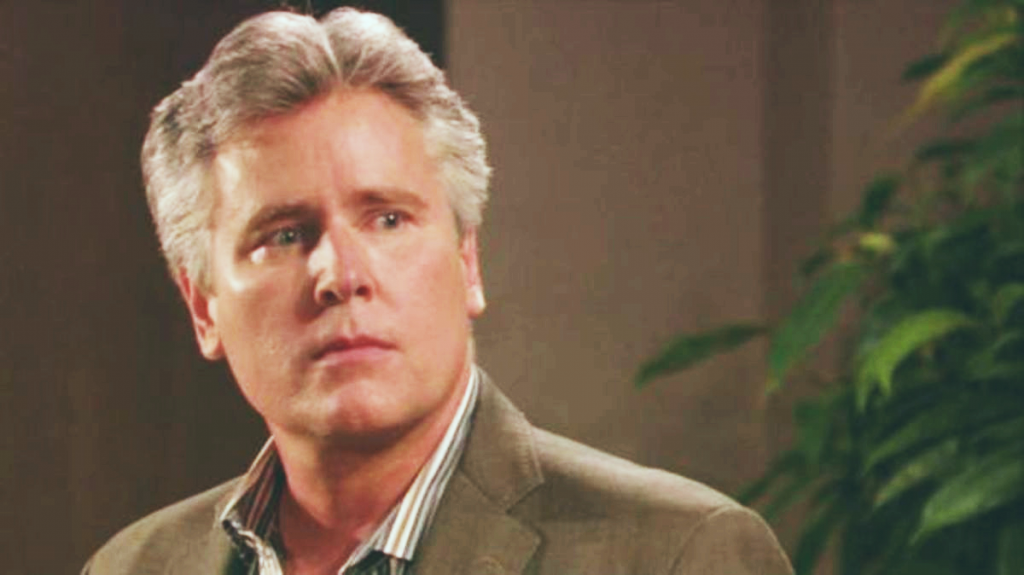 General Hospital spoilers tease that a much-loved, much-missed daytime actor will soon be joining the GH fold in a top-secret role!

Michael E. Knight,who played Ted Orsini and Tad Martin (or Tad The Cad) on the defunct ABC soap All My Children (AMC) and Dr. Simon Neville on the CBS Soap the Young and the Restless (Y&R) is heading to Port Charles.

General Hospital’s James Patrick Stuart, who plays Valentin Cassadine, is a personal friend of Knight’s and says he is thrilled to see him heading to General Hospital!  Stuart played Will Cortlandt on AMC and hopes for the opportunity to act with Knight.

He also has a former Young and Restless cast-mate over at GH. Steve Burton, who plays Jason Morgan, was also on the Y&R as Dylan McAvoy.  Knight also has a semi-connection to Jon Lindstrom, who is married to Cady McClain, who once played Dixie Cooney, Tad Martin’s on-again-off-again wife on AMC.

He was also on AMC during the time Finola Hughes was, who played both Alex Marick and Anna Devane, and Maurice Benard once played Nico Kelly on AMC as well.

Knight’s AMC character, Tad Martin is probably most famous, or maybe that should be infamous, as “Tad The Cad” for his many womanizing experiences and romances. He seemed to be a serial womanizer during that time in his life, one of the most notorious storylines having been when he romanced both a mother and a daughter at the same time!

After finally trying to settle down with a lady and marrying her, he cheated on her. She wouldn’t forgive him, and he left town in 1986 to make a fresh start.  He returned in 1988, and became involved with and married Dixie. But again, he returned to his womanizing ways and cheated on her.

They were on-again-off-again and remarried and divorced several times, until she died from being fed poisoned pancakes. But in the Prospect Park online revival of AMC she was found to be alive and again had planned to remarry when the show went off the net.

As Dr. Simon Neville over at “The Young and the Restless” Knight seemed like he could play an associate of Dr. Arthur Cabot (Time Winters). Although the character Knight will play on GH has not yet been announced.

General Hospital News – Played An Unorthodox Doctor On The Y&R

In the tradition of other unorthodox daytime drama doctors such as AMC’s David Hayward (Vincent Irizzary), and Dr. Cabot, he was fired from the hospital he worked at and lost his medical license for performing unorthodox treatments!

Neil Winters (the late Kristoff St. John) who had been keeping his ex-wife Hilary Hamilton (Mishael Morgan) in a boathouse while she was in a coma, hired Dr. Neville to bring her out of it, which he did successfully.

While Knight’s new character and first air-date have not yet been announced, General Hospital fans who watched him in his previous roles will enjoy seeing him. Stay tuned to General Hospital and keep checking General Hospital spoilers  for all the latest news, updates and developments!