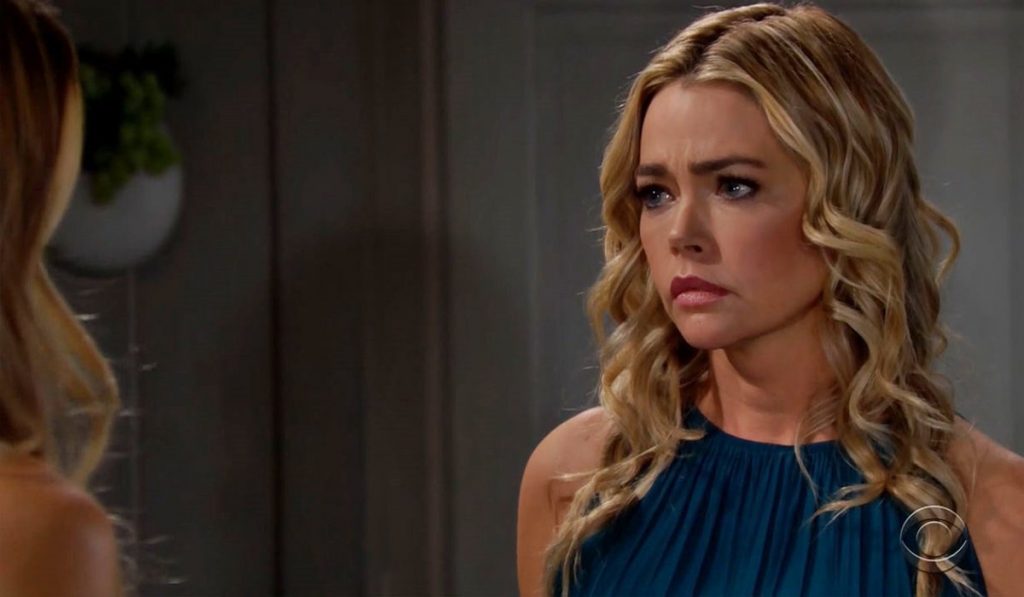 The Bold and the Beautiful spoilers indicate that the showdown between Hope Logan (Annika Noelle) and Thomas Forrester (Matthew Atkinson) will end in tragedy.

This week Hope begins the process of annulling her marriage to Thomas. Since learning the truth about her daughter Beth, Hope has her heart set on reuniting with Liam Spencer (Scott Clifton). Yet, with Thomas still on the loose, Hope’s life is in danger.

Thomas is going to be furious with Hope for ending their marriage. He’s been obsessed with Hope since returning to Los Angeles and feels that they belong together. Thomas isn’t going to give up without a fight, which is what might happen when the exes come face to face.

Thomas tracks Hope down at the cliff house where he confronts her annulling their marriage. He’s trying to convince her that he can change and that they belong together. But after everything Thomas has done, including keeping the truth about Beth, Hope isn’t going to give him another chance.

With Hope turning him down, Thomas rage is going to increase and there’s no telling what he’ll do to her.

Meanwhile, Brooke Logan (Katherine Kelly Lang) is worried about Thomas coming after her daughter. If she believes Hope’s in danger, she’s going to do everything in her power to stop Thomas. When Brooke learns that Thomas is alone with Hope, she’s going to race to the house to help her daughter.

With emotion raging between all three of them, that means that tragedy is going to strike either Hope, Thomas, or Brooke. So who will be the one to die?

There’s no way Hope or Brooke would be killed off, the Logans have suffered enough this year with the baby switch and they can’t be dealt with more misfortune.

The Bold And The Beautiful Spoilers: Tuesday, August 20 ⬇️⬇️⬇️

The person who’ll meet an untimely end is Thomas. Given the horrible things he’s done, many feel the character can’t be redeemed.

While there hasn’t been any official word on the status of Thomas’ status going forward, many wonder if the writers are planning to kill him. Thomas’ death would provide lots of drama for the Forrester and Logan families moving forward. It’ll likely lead to the end of Brooke’s marriage to Ridge Forrester (Thorsten Kaye). It’ll also reignite the feud between Hope and Steffy Forrester (Jacqueline MacInnes Wood).

Do you think Thomas is going to die?