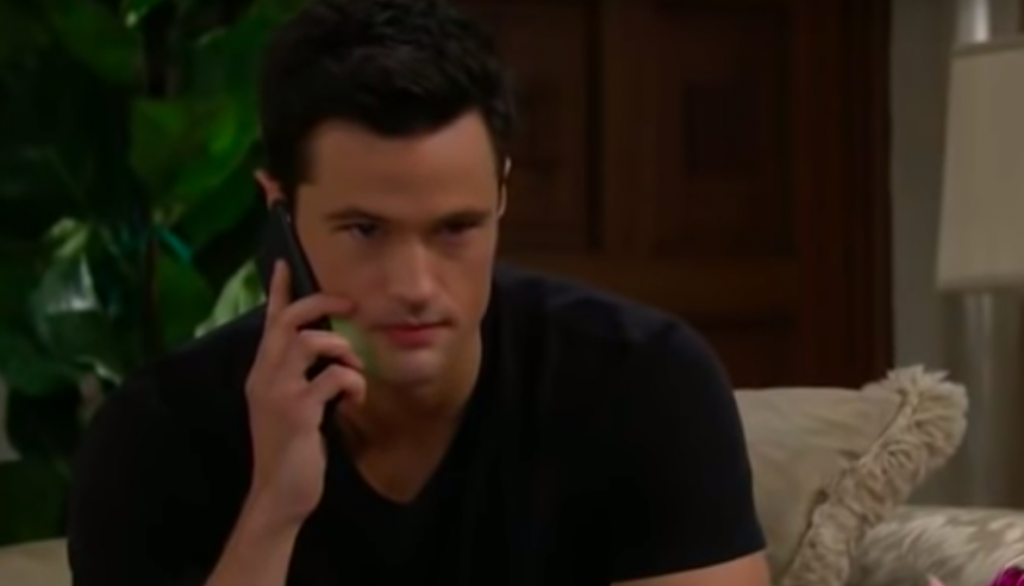 The Bold and the Beautiful spoilers for Wednesday, August 21, tease that Thomas Forrester (Matthew Atkinson) will find himself absolutely outraged. As B&B viewers know, he’s been psychologically devolving for a while now. He’s currently in hiding with his friend Vincent Walker (Joe LoCicero), and he’s been planning his next move.

Thomas has been spending his time ranting and raving about how Liam Spencer (Scott Clifton) and his son Douglas Forrester (Henry Joseph Samiri) ruined everything for him with Hope Logan (Annika Noelle). He’s really obsessing over Hope and he’s been trying to devise a way to get her back.

On Wednesday’s episode of B&B, Thomas will get some news that will really push him over the edge. He’ll find out that Hope has gotten the ball rolling on annulling their marriage, and he’ll be outraged. As B&B viewers know, Hope asked Justin Barber (Aaron D. Spears) to fast-track the annulment paperwork, so that probably means that Justin will either contact Thomas or Thomas’ lawyer about the situation.

Well, once Thomas learns about Hope’s actions, he’ll really become enraged. Of course, Thomas believes that Liam belongs with Steffy Forrester (Jacqueline MacInnes Wood) and not Hope, and once he learns about Hope’s plan to get an annulment, he’ll rightly assume that Hope plans on getting back together with Liam and reuniting her family.

Thomas will then contact Hope via phone, upset that she’s “giving up” on their marriage. But it doesn’t look like Hope will be intimidated by Thomas as this point, and she’ll let him know clearly that she’s done with their marriage and with him. Of course, that won’t sit well with Thomas, and he may end up making a veiled threat, or even an outright threat or two!

After Thomas’ phone call, it looks like Liam will really start to worry about what Thomas could do next. He certainly won’t have sounded calm and collected to Hope by any means, and Liam will wonder what he’s capable of now. B&B viewers will remember that Thomas physically assaulted Liam during their face-off at Forrester Creations, and he dragged Hope up to the roof, where he apparently planned to take her away in a helicopter.

Brooke Forrester (Katherine Kelly Lang) will also be concerned about what Thomas is capable of. She’s just heard from Detective Alex Sanchez (Jeremy Ray Valdez) that the police are re-opening the investigation into Emma Barber’s (Nia Sioux) fatal car accident, and they’re looking hard at Thomas as a suspect. That, plus Thomas’ past history, will worry Brooke. After all, if Thomas could possibly have killed Emma, then what might he do to Hope?

At any rate, ongoing B&B spoilers indicate that Brooke and Liam have every right to be worried about what Thomas might do next, as Hope and Thomas will soon have a major confrontation. It looks like Thomas’ rage will lead him to track down Hope and express his displeasure about her decision to annul their marriage in person. B&B viewers will have to tune in to see how it all unfolds.