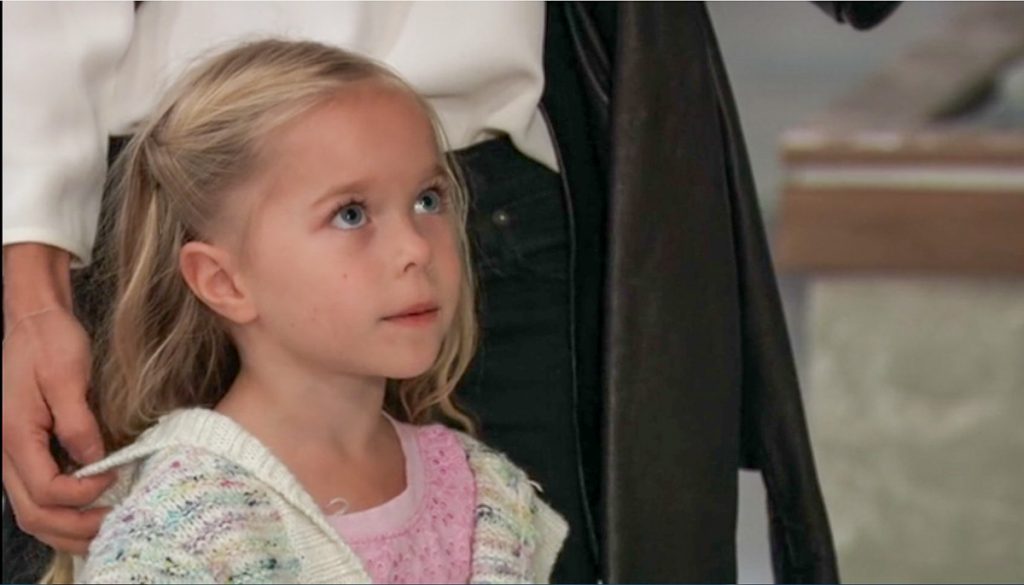 Also at the police Station, Nina reeves (Cynthia Watros) and Valentin Cassadine (James Patrick Stuart) come in yelling about being dragged down to the precinct. Laura Spence (Genie Francis ) explains that she needs help finding an escaped Cassandra Pierce.

At Jasper Jax’s (Ingo Rademacher) home, Nikolas Cassadine (Marcus Coloma) sneaks in the back door. Jax turns on the light and Nik explains that the mission has been compromised.

At Anna Devane’s (Finola Hughes) home, Hamilton Finn (Micheal Easton) is eating a sandwich when theres a ring at the doorbell. He goes to answer and its Hayden Barnes (Rebecca Budig) holding his daughter Violet. They come into visit and Violet runs around looking at everything, then they have a tea party.

GH Spoilers – Julian Jerome has a chat with his son

At the cemetery, Julian Jerome (William Devry) fins his son Lucas Jones (Ryan Carnes) visiting Tony’s grave. Lucas says he hasn’t changed at all, he’s still a liar and he wants nothing to do with him. Julian wonders why he is so mad and Lucas says he knows he tried to break him and Brad up. Julian says Brad has been up to no good and hes been trying to expose him. 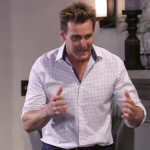 At Kelly’s diner, Liesl Obrecht (Kathleen Gati) saddles up to a distraught Bard Cooper (Parry Shen) – she says they have a lot to talk about. She wonders what he has done to cover his ‘tracks” and Brad says he admitted to Lucas he messed with some tests.

Also at Kelly’s diner, Maxie Jones (Kirsten Storms) and Lulu Spencer (Emme Rylan) are discussing their love lives. Lulu realizes her and Charlotte need to head out, she stands to look for her and Charlotte’s missing. Lulu freaks out as her and Maxie search around and try calling her.

At the docks, Cassandra has Charlotte and keeps her there by threatening to get Nina in trouble.

Laura says that Valentin was her first call after she was apprehended so they are wondering if he can help find Cassandra. Jordan Ashford joins the conversation and asks what his connection is to Cassandra Pierce (Jessica Tuck.) Valentin flashes to seeing Cassandra in jail and discussing Nina being drugged.

Jax asks Nikolas where Cassandra is and he explains that she escaped out the back of his van. Jax says he had no idea that both him and Nikolas had connections to Cassandra. Jason Morgan shows up and Nikolas quickly hides, he explains that Cassandra has escaped and the van used was from a credit card tied to Jax’s company.

Valentin has a feeling that Cassandra has Charlotte hostage and waits for her call.

Julian tries to apologize for what he did while Lucas gets a call about Charlotte.

Lulu shows up at the police station and Nina begins yelling at her that this is all her fault. Nina and Valentin leave to go meet Cassandra at the pier.