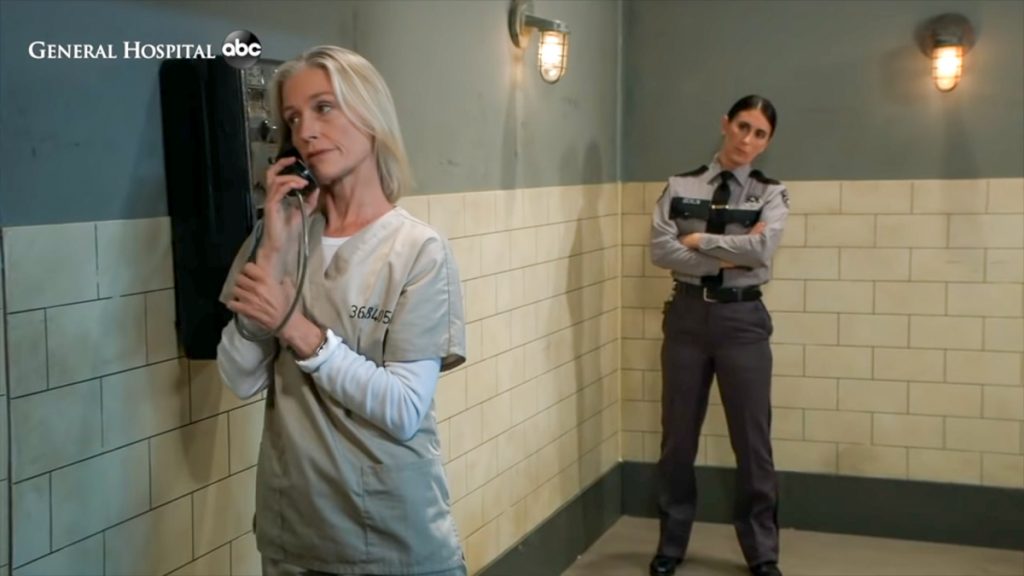 Welcome to your Friday November 8th General Hospital (GH) recap! We begin our day on the side of the road where Sam McCall (Kelly Monaco) is calling an ambulance while comforting the knocked out police officer. Jason Morgan (Steve Burton) comes running up and asks what happened.

In the escape van, Cassandra Pierce (Jessica Tuck) changes out of her uniform as she questions Nikolas Cassadine (Marcus Coloma) as to where they are going. He assures her they are going a back route to the airport.

At Shadybrooke, Ava Jerome (Maura West) is in her bed when theres a knock at the door, its Jasper Jax (Ingo Rademacher) who has come to visit. She asks what he is doing there and he says hes concerned for her well being.

At Kelly’s Diner, Lulu Spender (Emme Rylan) and Maxie Jones (Kirsten Storms) meet up for lunch. They discuss the pony that Valentin got Charlotte to stay in her good graces. Maxie says she invited Peter to move in with her and the baby.

Willow Tait (Katelyn Macmullen) sees Brad Cooper (Parry Shen) sitting alone at Kelly’s and asks if he’s okay. Willow says that she considers Brad a good friend and would like to know what is wrong.

At General Hospital (GH) Julian Jerome (William DeVry) sees Bobbie Spencer (Jaclyn Zeman) and asks if she has seen their son Lucas. Bobbie says no – she should try calling him. Julian tells Bobbie that hes never walking away from his son.

Bobbie tells Julian that his change at life came a bit late, he insists he is a good father and person now. 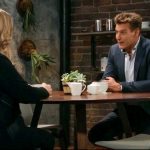 In the cemetery, Lucas Jones (Ryan Carnes) stands in front of his adoptive father Tony’s grave and asks for advice. Lucas says that he misses him and would love to talk to him again, suddenly Tony (Brad Maule) appears. Lucas says its good to see him and Tony says hes so proud of him and thanks to him for “conjuring him up.”

Lucas tells Tony about being a father to Wiley and how amazing it has been. Tony says hes a good father and he can’t imagine he would ever do anything wrong.

Harrison Chase (Josh Swickard) finds Sam McCall (Kelly Monaco) and Jason Morgan (Steve Burton) caring for the cop. They tell him that Cassandra Pierce (Jessica Tuck) has escaped. In the escape van, Nikolas tells Cassandra he thought they had a mutual understanding, but she has broken that trust.

Chase asks Sam what happened and she explains the attack on the guard and escape. Nikolas tells Cassandra that she is a liability and she realizes she is in danger.

Ava Jerome (Maura West) freaks out about how the public treated her after the Crimson article. Ava tells Jax that she is being haunted by restless souls and wonders if we can awaken the dead? Ava says she saw Nikolas Cassadine at the Jerome gallery on Halloween.

Tony says the best thing about being dead is that everyone forgets your faults, he was no saint either. Tony tells him he has a brave heart, Lucas answers a phone call from Bobbie and Tony disappears.

Cassandra realizes shes in danger and escapes from the van and away from Nikolas.

At Kelly’s Diner, Cassandra walks in and heads right over to Charlotte……….flash to preview