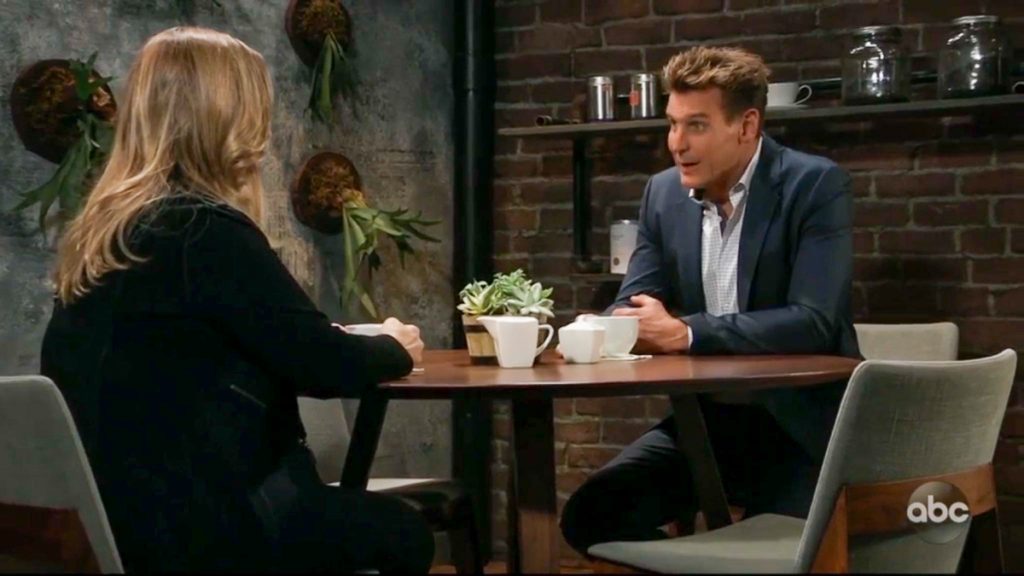 General Hosptial (GH) spoilers tease that Carly Corinthos (Laura Wright) recently put ex-husband Jasper “Jax” Jacks (Ingo Rademacher) in an awkward position. She suggested that their daughter Josslyn Jacks (Eden McCoy) split her time between both of their houses. Jax has been pushing for this since he got back to town, but now he is hesitating. Why the change of heart? The answer is – Nikolas Cassadine (Marcus Coloma).

Nikolas just returned to Port Charles, but he is still presumed dead and for now, he needs to remain undercover. But he is currently staying at Jax’s place. Having Joss there isn’t possible unless Jax can find another place for Nikolas to stay. That’s where Carly comes in. At first, Jax may ask Carly for a room at the Metro Court without revealing who the occupant is. But there is no way Carly would agree to anything unless Jax is straight with her. Backed into a corner, Jax will likely reveal that Nikolas is alive!

Jax will explain to Carly how dangerous the situation is and will ask her to keep the information to herself, even from Sonny Corinthos (Maurice Bernard), but will agree to help Jax anyway. Of course, Carly isn’t knows for keeping her nose out of other’s business, so it’s likely she will want to see Nikolas for herself. The two of them aren’t close really, but Sonny has a soft spot for Nikolas’ son, Spencer Cassadine (Nicholas Bechtel), who also happens to be Sonny’s nephew. So if helping Nikolas helps Spencer, Carly will be on board.

Despite warnings from both Jax and Nikolas, Carly will likely insert herself into Valentin’s takedown. If Valentin discovers this, Carly could become a target. Sonny will likely be furious at Carly for taking such a risk, especially since she just gave birth to a daughter. But mother or not, Carly won’t ever stop being Carly.

Will Carly be in danger after finding out about Nikolas? How will Sonny react? Stay tuned to General Hospital, airing weekdays on ABC! And don’t forget to check back here regularly for all your General Hospital news, information and spoilers!