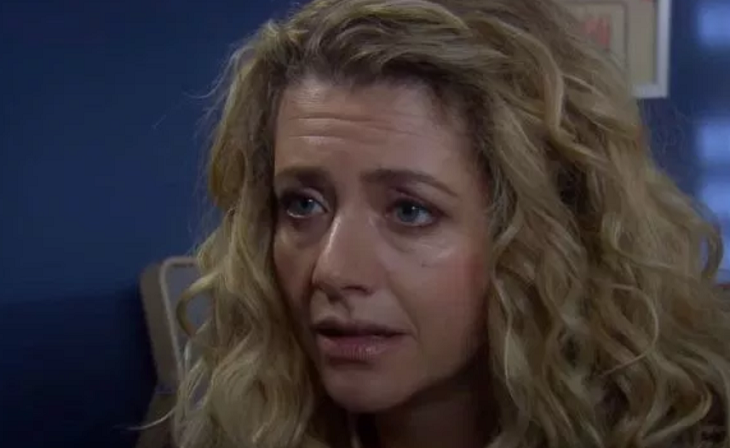 The much-teased Big Night Out storyline has started to play out on “Emmerdale,” and a new promo trailer teased that Maya Stepney (Louisa Clein) could be killed off at the end of the night.

On Thursday’s episode of “Emmerdale,” Maya received a text from Jacob Gallagher (Joe-Warren Plant) and they met outside the club. They started kissing, and Priya Sharma (Fiona Wade) saw their act. Priya relayed what she witnessed to Tracy Shankley (Amy Walsh) and Jacob’s biological mum Leyla Harding (Roxy Shahidi).

Leyla immediately formed a revenge plan, and it so happened that the club’s fire alarm goes off, giving her, Priya and Tracy a chance to do something about Maya and Jacob’s affair.

Emmerdale Spoilers – Big Night Out Isn’t Over Yet

As the club was being evacuated, Leyla told Maya they have a lift and the night is not over yet. Priya gets the car and Leyla shoved Maya in the car with her, Priya and Tracy.

Maya commented on how awkward the situation is after she saw Tracy kissing her boyfriend, David Metcalfe (Matthew Wolfenden). “She’s the least of your worries, darling,” Leyla answered.

An “Emmerdale” promo trailer showed Leyla, Priya, and Tracy burning someone’s clothes before it cuts to Leyla and Maya having a brawl. Then, Leyla warned Priya and Tracy, “We have to stick to the same story.”

“Emmerdale” has previously confirmed that Maya will get her comeuppance. Have they accidentally killed Maya in the physical confrontation?

“Emmerdale” has revealed that beginning May 6, it will air seven episodes that will flashback to the events that happened on the Big Night Out. The stories will be told on the perspectives of different characters, and viewers would find out what happened to Maya.

Will David learn about Maya’s abuse of Jacob? How long would he be kept in the dark? It would surely be a huge blow to him, especially that he planned to propose to Maya at the club, but Maya turned him down before he can even pop the question.

The “Emmerdale” episode on Friday, April 26, continues with the day after the Big Night Out, showing the aftermath of the dramatic evening. However, it won’t be until May 6 that viewers will get to know what exactly transpired that night that changed their lives forever.