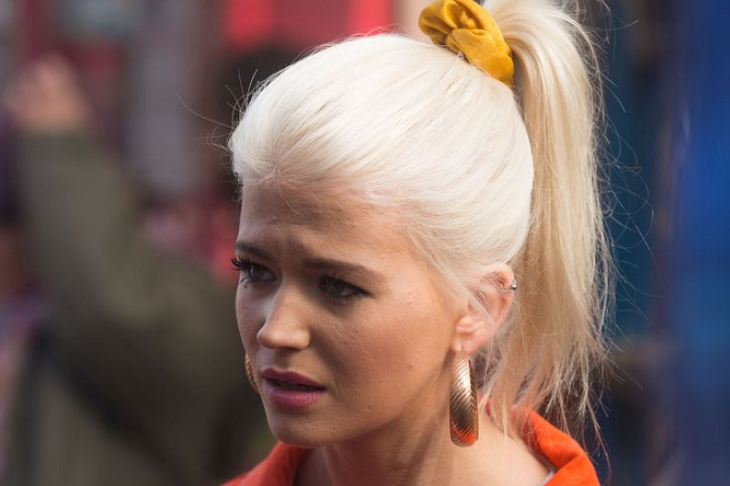 EastEnders spoilers tease that Ruby Allen (Louisa Lytton) might want to watch each step she makes as there’s a strong possibility that Lola Pearce (Danielle Harold) is growing increasingly jealous over the fact that she has been romancing her ex, Jay Brown (Jamie Brothwick). Here’s what you need to know.

Unfortunately, Lola never told Jay that she had a fiancé back in Newcastle. Yet, she was ready to give him up if Jay would be willing to begin a new relationship with her. However, he didn’t like the fact that she had lied to him.

So instead, he decided to move forward in his romance with Ruby, much to Lola’s displeasure. Ruby and Jay have been on and off for several years now.

To complicate matters though, Ruby has hired Lola to help her with her event planning business, but she has no idea that she’s actually Jay’s ex. The two young women are even having a hard time getting along, as Lola is struggling to keep up with Ruby’s demands.

As a result, Lola has decided she wants to get her revenge on Ruby. She wants to teach her a lesson, while also helping out her grandfather Billy Mitchell (Perry Fernwick) at the same time. It will only be a matter of time to see if her plan will work, though.

Lola knows that if she goes after Ruby, she might be jeopardizing any future she might have with Jay. That’s because there’s no way he will be pleased, knowing that Lola is trying to sabotage things between Ruby and Jay.

But that’s not the only drama going on in Walford right now. Ben Mitchell (Max Bowden) is making threats, while Phil Mitchell (Steve McFadden) has just discovered that someone close to him is working against him and his attempt to rescue his daughter Louise Mitchell (Tily Keeper) from the shipment yard.

He’s excited to be back, and we’re very excited to have him!
Here’s @RobertKazinsky on location, talking about Sean Slater’s epic return.#EastEnders pic.twitter.com/aei8DNKBDa

Little does he know that it’s actually Ben who has been using Danny Hardcastle (Paul Usher) to bring him down. Of course, fans will have to tune in to find out what will happen next!

EastEnders airs weeknights on the BBC.