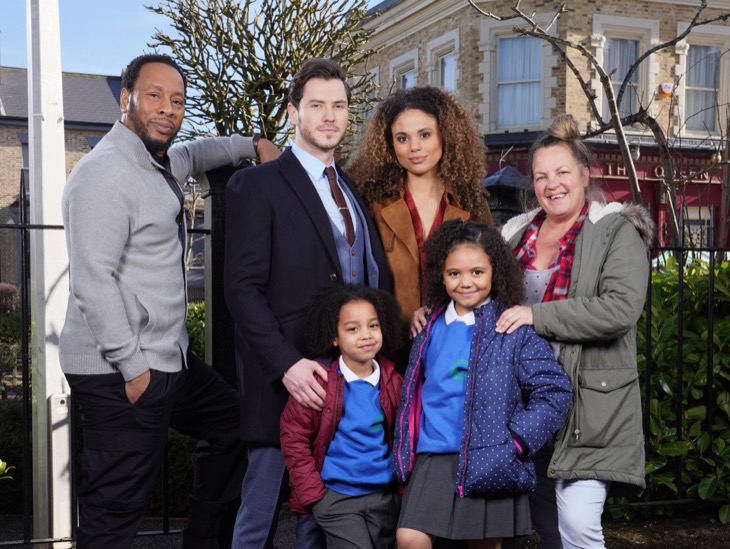 EastEnders spoilers indicate that a new domestic abuse horror might be exposed in a serial killer twist that will most definitely leave viewers at the edge of their seats. Here’s what you need to know.

As many fans already know, Chantelle Atkins (Jessica Plummer) arrived in town with her husband Gray Atkins (Toby Alexander Smith) last month. She’s the daughter of Karen Taylor (Lorraine Stanley) and Mitch Baker (Roger Griffiths). What her family doesn’t know is that Chantelle is hiding a huge secret from everyone.

While a lot of people have assumed that she was mostly having trouble with Denise and Kim Fox (Diane Parrish and Tameka Epson), there’s another problem that she has been trying to keep well hidden and under the radar.

As a matter of fact, many EastEnders fans believe that Chantelle might be living her worst nightmare with Gary behind closed doors. Some are even speculating that she might be the victim of a domestic abuse plot.

According to Britain’s Daily Star, one EastEnders fan had this to say on Twitter, “Chantelle looks terrified every time Gray talks.”

Another added: “When are we going to see Chantelle and Gray alone together?! There better not be a domestic violence story for those two. I don’t want to see another character abused on this show for at least another year, especially another woman.”

If that weren’t enough, another fan said on Twitter: “Why haven’t we seen Chantelle and Gray in their home? Weird…”

EastEnders Spoilers – Keanu Taylor Is In Hot Water Himself

And while no one knows what is really going on, others believe that Gary might be a secret serial killer. If that’s the case, that Chantelle might want to act fast and get out of her current situation as soon as possible.

Of course, that’s not the only problem that Chantelle’s family might be dealing with in the coming weeks. Chantelle’s brother Keanu Taylor (Danny Walters) is in hot water himself after he tried to rescue his ex-girlfriend Louise Mithell (Tilly Keeper) from being trafficked to Romania. The thugs involved in the kidnapping plot are now after Keanu!

In the meantime, come back to Soap Opera Spy for all the latest news and updates on EastEnders and Coronation Street right here.