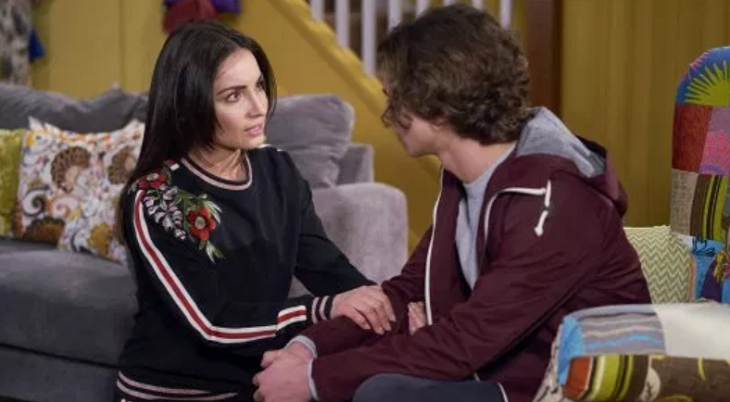 Viewers of “Emmerdale” were left wondering what happened to Maya Stepney (Louisa Clein) after that fateful night when Leyla Harding (Roxi Shahidi), Priya Kotecha (Fiona Wade), and Tracy Metcalfe (Amy Walsh) confronted her about her abusive relationship with Jacob Gallagher (Joe-Warren Plant) during the Big Night Out episode.

They had an altercation in the woods. They ended up leaving Maya, although she was hurt. When they returned, all they found was Priya’s bloodied scarf and Maya was nowhere in sight.

Liv Flaherty (Isobel Steele) may have come close to discovering the truth, but fans still have to watch this week’s episode to know the fate of the child abuser.

“Emmerdale” viewers are left with questions like “Did Maya survive?” and “What did Leyla do to her in the woods?” Showrunners may have been tight-lipped about the storyline, but Shahidi gave some hints as to what fans can expect. Shahidi said it will be a “relief” once the truth is revealed in this week’s flashback episode.

Uh oh, Jacob. Aren’t you supposed to be in Portugal? #Emmerdale

“I’m really excited for the audience to find out what really happened,” Shahidi told Digital Spy. “Having seen the girls head back to the woods to discover a bloodied scarf – but no sign of Maya – they will have spent the last week wondering what it is the girls have done and what has happened to Maya.”

“It will be a huge relief to be able to fill in the gaps and see where everyone goes from here and if David Metcalfe (Matthew Wolfenden) will finally find out what has been going on.”

Shahidi also said that her character, Leyla, is not worried about what happened to Maya. Her primary concern is “being implicated and getting into trouble with the police.” She added, nobody wants to go to jail for someone like Maya, who has already caused them a lot of problems.

However, Leyla is complicating their cover-up story when she flat out lies to David about Maya’s whereabouts.

Whatever the truth maybe, the revelation will have a huge impact on all the villagers as they finally know about the dark secrets of some people within their community.