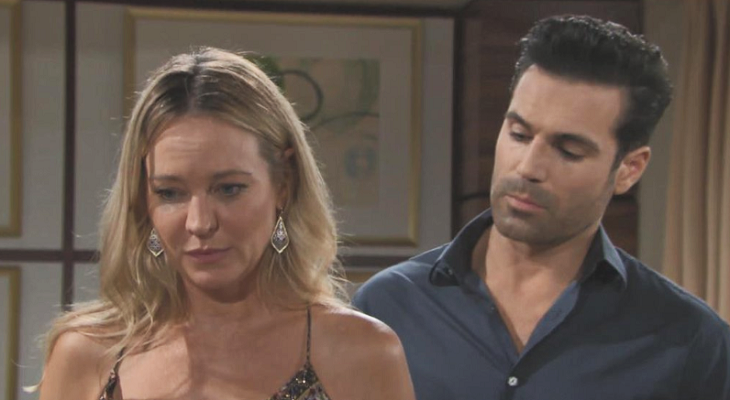 Rey Rosales (Jordi Vilasuso) and Sharon Newman (Sharon Case) were one step closer to finding out Victor Newman’s (Eric Braeden) secret, last week on the Young And The Restless.

They followed him to Las Vegas, on Nikki Newman’s (Melody Thomas Scott) dime and it looks like the pair are going to be in for one hell of a shock. After meeting with a mysterious psychiatrist and seeing he had a briefcase full of cash, they learned Victor was hiding someone. And it looks like viewers will find out this week who that someone is.

Meanwhile, Cane Ashby (Daniel Goddard) spent most of the week moping around, after Lily Winters (Christel Khalil), didn’t give him another chance. Wisely leaving their house before dawn, Cane woke up and Lily was already gone.

He complained to Jill Abbott (Jess Walton) at Crimson Lights, who told him maybe it was time to suck it up and move on. Traci Abbott (Beth Maitland) showed up and disagreed with her, saying that Cane shouldn’t give up hope on his marriage.

Rather than mope over her short-lived marriage to Kyle Abbott (Michael Mealor), Summer Newman (Hunter King) took some good advice from her mother Phyllis Summers (Gina Tognoni). She approached Jack Abbott (Peter Bergman). Shen then told him  she wanted to stay at Jabot and continue working on the social media campaign.

Kyle was also proactive this week. He waited about five minutes after he ended his marriage to Summer to make the moves on Lola Rosales (Sasha Calle). The pair made love for the first time and Kyle took her virginity.

Young And The Restless Spoilers – Play Off Each Other Well

Kyle showed up and she thought he was Jack Abbott (Peter Bergman) and the two took her out for lunch. The scenes between Summer and Dina are always a treat to watch. These two play off each other well and it’s having a great effect on King’s acting. She really seems to be coming into her own as an actress and gets better every day.

I think Lola was like a forbidden fruit, who was dangled in front of Kyle’s face. Now that he’s had a taste, he will tire of her quickly. Hopefully, once that happens, Summer will have already moved on with someone else. Who do you prefer seeing Kyle with, Summer or Lola?

And do you think Cane and Lily are done for good? Let us know in our comments section.