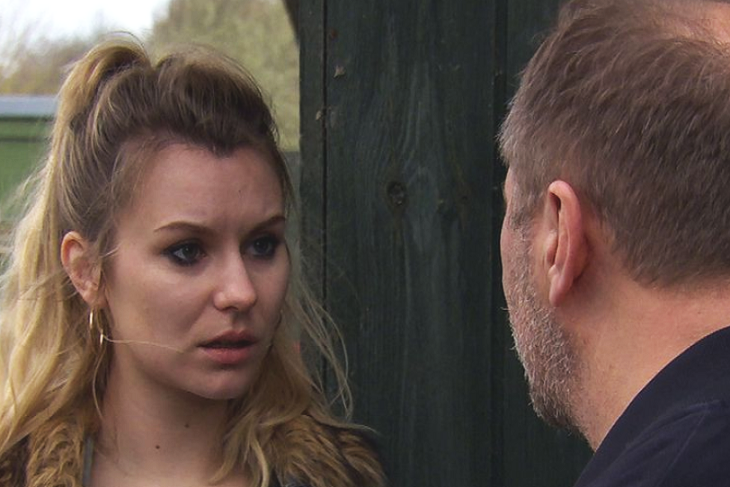 On “Emmerdale,” Dawn Taylor (Olivia Bromley) begins to wonder if Will Taylor’s (Dean Andrews), harassment of Harriet Finch (Katherine Dow Blyton) has gone too far. Despite her growing doubts, Dawn wants to prove her loyalty to her father by agreeing to his shocking demand.

Viewers of “Emmerdale” may recall that Harriet’s stalker was recently revealed to be Will, the person she helped send to prison. Dawn is currently helping Will exact his revenge on Harriet.

As he tells her about his plans to take things to the next level, she can’t help but wonder if they have already crossed a line. They have already mugged Harriet in the village, broken into her home, and covered the church pulpit with red paint. 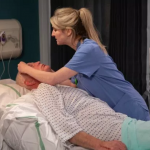 Later, Will sees Dawn and Harriet together, which causes him to doubt the loyalty of his daughter. Will asks her to end her relationship with Ryan Stocks (James Moore). Even though she is reluctant to do so, she tries to prove that she’s loyal to him by breaking up with Ryan.

How far will she go to prove her loyalty? Will there come a time when she’ll realize that what they are doing is wrong?

Dean Andrews was cast in January to play the villainous role of Will Taylor. He tried his best to conceal to the public the details of the character he is playing. Now that the cat is out of the bag, he’s ready to “explore the character in more detail now.”

Emmerdale Spoilers – Will Taylor Holds A Lot Of Anger

When asked about his character, Dean described Will as a “hard man” who “holds a lot of anger” for Harriet who worked undercover for the police and helped put him behind bars.

Executive producer Jane Hudson is as thrilled as Andrews.

“We are absolutely delighted that Dean is joining the show,” Hudson said. “He is a superb actor, and his character is certainly going to shake things up for some of our villagers. And as a Yorkshireman, he is going to fit into Emmerdale perfectly.”

Does Dawn's loyalty lie with Will, or Harriet? #Emmerdale pic.twitter.com/LotSaaaO8d

Dean appeared in “Life on Mars” and “Ashes to Ashes” as Ray Carling. He also guest starred in “Last Tango in Halifax”, “Silent Witness”, “The Moorside”, and “Marchlands”.