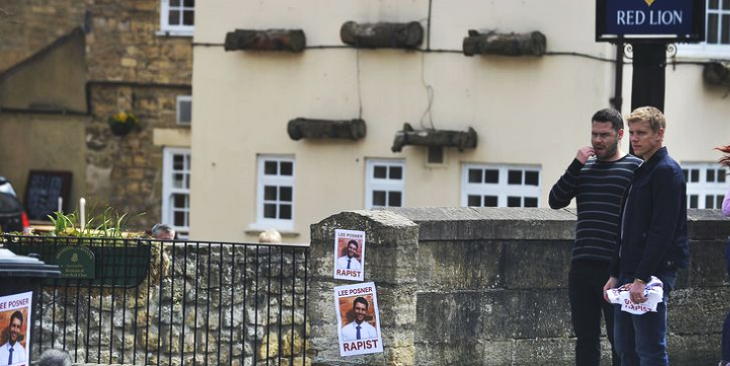 Paparazzi photos taken at the time the pair filmed scenes for upcoming episodes show Robert and Aaron will visit the car showroom where Lee works.

The couple wants to expose Lee’s crime, and they want his colleagues and customers to know what he has done. They were seen holding a bunch of posters with Lee’s face and the word “rapist” printed on them. The posters were placed on the cars that were lined up on the showroom. Their actions are sure to catch the attention of all those who see the posters.

Emmerdale Spoilers – How Will Victoria Barton Feel About It?

But how will Lee react? More importantly, how will Victoria feel once she finds out? “Emmerdale” shoots scenes in advance. Therefore, viewers can expect these episodes to air probably next month. 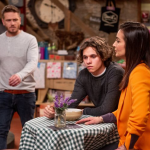 Viewers may recall that Victoria first confided in Moira Dingle (Natalie J Robb) and told her about what had happened to her during the Big Night Out. She then mustered up the courage to go to the police to report Lee’s horrific crime.

She then took a pregnancy test and found out that she was pregnant with her attacker’s baby. Later, she told Diane Sugden, Robert, and Aaron that she’s carrying Lee’s baby. She explained: “I let him in and he forced himself on me. He raped me – and now I’m pregnant.”

However, the police struggle to find evidence against Lee, which triggers Victoria’s brother Robert to think that he needs to take matters into his own hands and avenge his sister.

“Victoria was so traumatized after the assault that she couldn’t face a medical examination, and also disposed of the clothes and bed linen from the night in question,” a source revealed.

“The idea that Lee might get away with what he did to her doesn’t bear thinking about for her or her family, and Robert isn’t just the sort of person who can just sit back and do nothing!”

Young And The Restless Rumor: Tessa Cheats On Mariah, Heartbreak Ahead