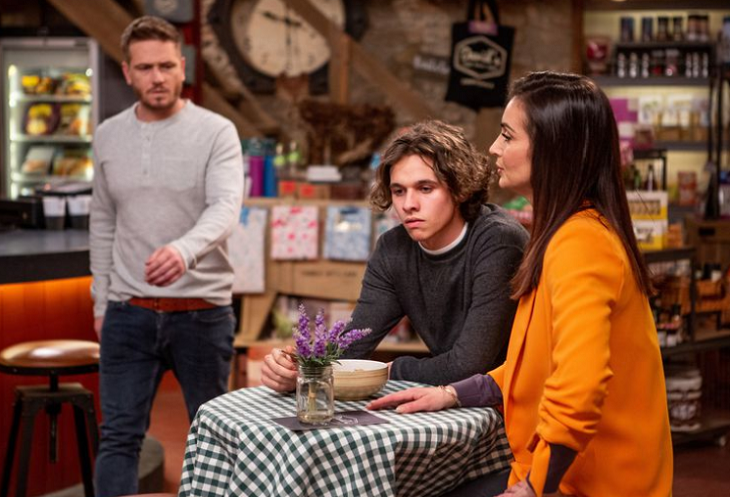 Jacob has been manipulated and brainwashed by Maya, and seeing her go to prison will make him hate his dad, David. Jacob will blame him for everything and refuse to believe that the relationship he had with Maya wasn’t real.

“David absolutely believes he has done the right thing. Now that he knows the truth, he absolutely despises Maya. There’s no emotion over losing his girlfriend,” Wolfenden told Digital Spy. “That completely goes out of the window and it’s now pure, unadulterated hate. David wants Maya to go away to prison and for the key to be thrown away.”

So, when Jacob sees Maya getting into the police car, he will feel heartbroken, devastated, and betrayed by his father. This will be a new chapter for Jacob, Wolfenden said.

Emmerdale Spoilers – Hard Times Ahead For Father And Son

“This is the start of the hard times for David and Jacob. The fact that Maya has been arrested is not the end of the storyline,” he added. 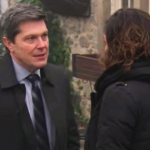 “I don’t know what’s going to happen next, because as far as Jacob thinks, David has ruined his life. I don’t know if he’s ever going to come around to the fact that David hasn’t. It’s definitely not going to be a quick fix.”

Viewers know by now that the schoolteacher is set to be brought to justice next week as police take her to custody for her abusive relationship with Jacob. Thanks to David’s smart thinking, he manages to track Maya down by asking Ryan Stocks (James Moore) to install a software on Jacob’s laptop.

This leads him to discover where Maya and Jacob will meet. Well before she can run away with this son, David sets up a trap and calls on the police to arrest Maya.

The actor also praised Plant for his impeccable performance as Jacob. He recalled how young Plant was when they first worked together in the sudser and how he has grown to become a talented actor.

“He’s just blossomed within this storyline. I know he’s 17 now, but the show has given a child actor such a huge storyline. The way that he’s gone about it – so professional and grown up – is incredible. There’s lots of amazing stuff that we’ve filmed that’s still yet to be shown. He’s been fantastic and I’m super proud of him.”