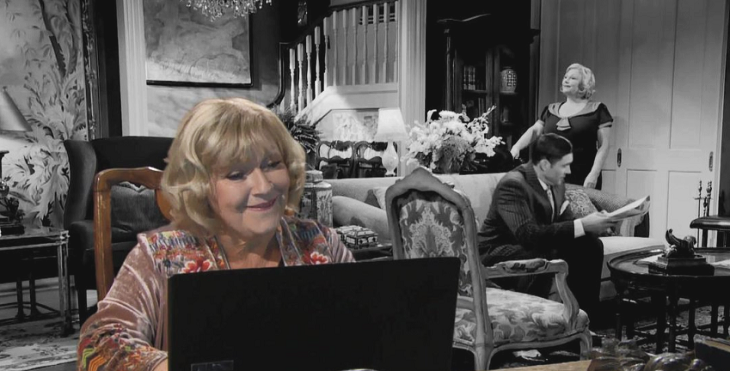 Traci Abbott (Beth Maitland) has unexpectedly become central to a developing storyline on the Young and the Restless. With the possible end, or maybe temporary hiatus of Lane, Daniel Goddard’s (Cane Ashby) character has been written into a story within a story that takes him and others into the past.

Credit to Y&R’s writing staff for developing a creative way to build a bridge for Cane from the apparent end of his marriage to the next chapter of his life. How that affects Traci’s heart, or potentially his, is yet to be determined.

Young And The Restless Spoilers – Past Historical Glimpses

Intriguingly, Y&R has the black and while film noir scenes set within the Abbott mansion. That builds off past historical glimpses into the family’s actual past, where various actors play younger versions of the Abbott’s. 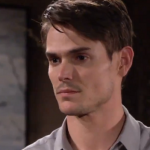 Traci has been single for awhile. Viewers have seen her in recent years. But she’s been purely in a supportive spotlight. She’s helped to negotiate her siblings various squabbles.

This time, instead of Jack Abbott (Peter Bergman) and Ashley Abbott (Eileen Davidson) being admonished by Maitland’s character, Traci has become the main character within what looks to be a very cool arc.

Young And The Restless Spoilers – New Couple Is Possible

Miss Abbot has been alone for awhile, her marriage to publisher Steve Connelly (Greg Wrangler, who last appeared as this character in 2009), ended long ago. Traci’s successful book career has often been referenced in passing, but is now being tapped in a fresh way.

It’s fair to wonder whether Y&R will choose to pair Traci and Cane, making them into Trane. This new couple is possible, considering Khalil’s recurring status. Maitland is recurring herself, which seems to project that her arc’s run will be limited.

Cane’s track record with many women is checkered. So that could mean Traci is risking heartbreak, rather than achieving a lasting romance. However, fans could be in for a heart-warming surprise instead.