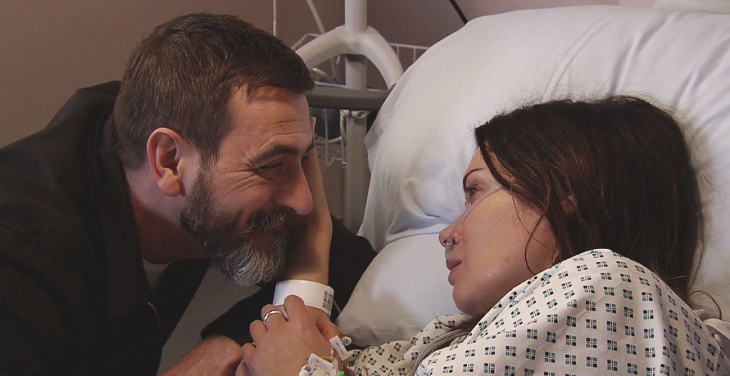 Coronation Street spoilers indicate that Carla Connor (Alison King) will soon be in for a shock. That’s because Ken Barlow (William Roache) will express his concerns that looking after Carla will have fatal consequences for his son, Peter Barlow (Chris Gascoyne). Here’s what you need to know.

For the last week, Carla has been acting both very dazed and confused. That’s when Roy made the difficult decision to call for help even though Carla insisted that she was fine.

Even though both Roy Cropper (David Neilson) and Johnny Connor (Richard Hawley) have both offered their support to the troubled Carla, it’s Peter Barlow that she wants to see the most. 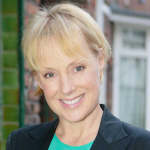 However, Peter is in a private rehab center after he relapsed yet again. He hit the bottle following Carla’s breakdown and her disappearance from Weatherfield.

Roy will tell Peter’s father Ken that Carla wants to see him. But Ken doesn’t think it’s the best idea. He wants to keep Carla away from Peter for the sake of his health. However, Peter will soon be returning to Weatherfield, ready and willing to give Carla the support she needs.

Peter will find out that Carla is being sent home but that she needs to take her anti-psychotic drugs that have been prescribed to her. Peter will also take it upon himself to move into No. 1 so he can take a look after her.

Needless to say, Ken is none too pleased with these plans and tells Peter that they are not welcomed there. He tells his son that Peter isn’t even capable of looking after himself, let alone someone like Carla and her current state of mind.

As fans know, Carla has been forced to go to the hospital against her own will. She had a mental breakdown following the shocking Underworld roof collage which left one person dead.

Is Peter the right person to look after Carla?

Voting is open in the British Soap Awards. Show your support and tap for #TeamCorrie 👉 https://t.co/KGurmGnb1z pic.twitter.com/AJP0G1woYZ

Carla is now blaming herself for the death of Rana Habeeb. Will Peter be able to save her before she does something regrettable?

Fans will have to tune in to find out! Coronation Street airs weeknights on the ITV network in Britain.