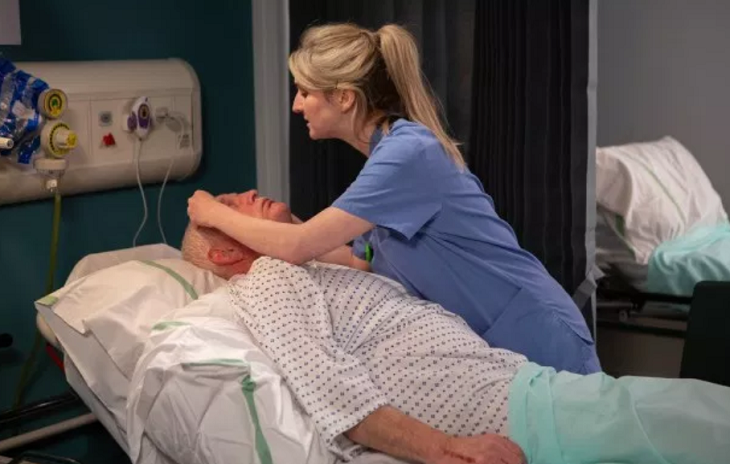 Previously on “Emmerdale’,” Eric Pollard (Chris Chittell) was in serious condition and might possibly die after a shocking car accident. Eric was on his way to meet Faith Dingle (Sally Dexter) when he got hit by Jamie Tate’s (Alexander Lincoln) car. At first, he seemed fine but he fell unconscious when he arrived at the hospital.

Eric lies in the hospital bed, still comatose, with his brain bleed potentially leading to a form of brain damage. David Metcalfe (Matthew Wolfended) was to;d to prepare himself for the worst. Jamie is now getting blamed for the shock accident.

In fact, it was really Megan Macy’s (Gaynor Faye) fault. She was texting and driving when she hit Jamie’s car, which in return shunted forward to the unsuspecting Eric.

When Eric’s health turns for the worse, Meghan becomes guilt stricken. Gaynor Faye even said her character could face jail time if she admits to the police that it was all her fault. 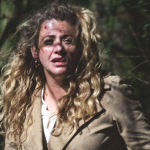 “I don’t think it’d be a great place [prison] for her, I think she’d definitely get into a lot of trouble in prison. But that could be a good thing – it’d be great to play. We have got a little prison set because so many people go to prison on this show.”

Before the accident, Jamie wanted to make a good impression and prove to the locals that he is nothing like his mother Kate Tate (Claire King). He went back to the village for a job interview at the veterinary practice, not knowing that is owned by his mother. Will he still manage to convince people that he is a good guy after the accident?

Emmerdale Spoilers – Jamie Tate Says It Was An Accident

Jamie visits the hospital to apologize and tell David that it was all an accident. However, he ended up being punched right across the face, in front of Meghan, who was the cause of it all. Faith tries to calm everyone down while Amy Wyatt (Natalie Ann Jamieson) gives everyone a reality check about Eric’s condition.

Chittell has been portraying Eric Pollard since the character made its debut in 1986. Being with “Emmerdale” for 32 years, Eric has been dubbed as the longest serving character in the soap’s history.

"Hope for the best, but equally, be prepared for the worst" 😢 #Emmerdale pic.twitter.com/qYejXXBRYm

He was married to five different women and had two children. Could this be the end for Eric? Or will he manage to survive and continue to grace the TV screens with his appearance in the soap?

EastEnders Spoilers: Iqra And Habiba In Shock As Their Grandparent’s Return To Walford