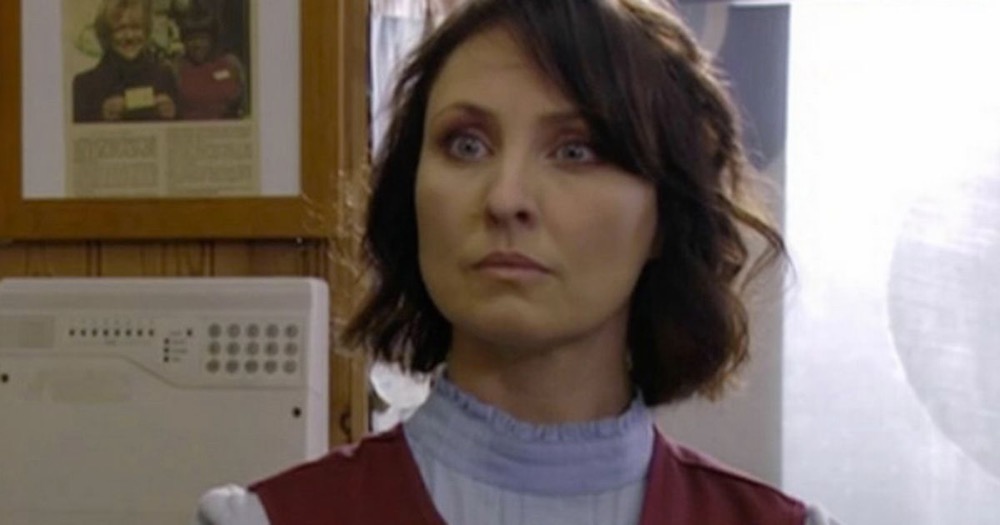 On “EastEnders,” Honey Mitchell (Emma Barton) is having the time of her life as she recently moved in with her clean-cut dentist boyfriend, Adam Bateman (Stephen Rahman-Hughes). But as she plans to make a bold move of asking him to marry her next week, she might end up having her heart shattered even before she can pop the question. Will she finally discover that her clean-cut boyfriend is having an affair with Habiba Ahmed (Rukku Nahar)?

When Adam found out that the flat he rented from Jack Branning (Scott Maslen) was up for sale, Honey immediately jumped in to tell the landlord that they may purchase the property. Later, Honey talks to Linda Carter (Kellie Bright) about her relationship with Adam and she begins to think that he might be planning to ask her to marry him. The idea of marriage sends Honey to cloud nine and she starts talking to Whitney Dean (Shona McGarty), who is set to tie the knot with Callum Highway (Tony Clay), about weddings.

The problem is that Honey is reading Adam all wrong. First, he’s not that enthusiastic about buying the flat with her. Second, he is having an affair with another woman and he promised to leave Honey for good so they can be together officially.

Her ex-husband, Billy Mitchell (Perry Fenwick) warned her that her new boyfriend is cheating on her after seeing Adam and Habiba kissing. However, Honey dismissed Billy’s claims and accused the father of her kids of being jealous. Billy even told Habiba’s grandparents, Mariam Ahmed (Indira Joshi) and Arshad Ahmed (Madhav Sharma), but they too, didn’t believe him.

What Honey doesn’t know is that Adam isn’t busy planning how to he’ll ask her hand for marriage. Her boyfriend is preoccupied with his lover Habiba, whose grandparents have set her up to meet a potential husband. Although things didn’t turn out well, Adam will admit that he was jealous to see Habiba with another man. Because of that, he once again made promises to Habiba that he’ll leave Honey once and for all.

As Honey realizes that she misplaced her shop keys, she seeks out Adam for help after Stacey Fowler (Lacey Turner) suggested that she check out the CCTV. Unbeknownst to her, Adam is in bed with Habiba. Later, Honey will make a shocking discovery. Will she finally catch Adam cheating on her?

Young and the Restless News: Jordi Vilasuso Takes A Stand Against Reality TV