Young and the Restless News: Jordi Vilasuso Takes A Stand Against Reality TV 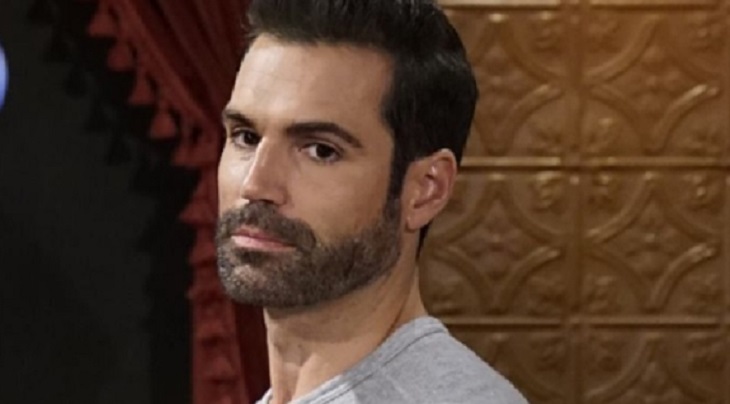 The Young and the Restless star Jordi Vilasuso (Rey Rosales) is no fan of reality television. Sure, he might be a huge soap opera actor, but he says that he prefers scripted television instead of the reality kind.

Speaking in a new interview, Jordi says that even though huge reality television shows like The Bachelor bring in millions of viewers each and every week, he’s never really watched those kind of shows. One of the reasons why is because he loves the art of storytelling.

“I like documentaries, but I don’t watch any reality TV. I think I’ve had an animosity towards that type of programming because they’ve taken so many jobs away from actors,” he shared candidly to Soaps In Depth. “And I grew up loving storytelling, so I haven’t been able to get behind unscripted shows.”

With that said, Jordi did say that he does like the competition based shows, especially when it comes to cooking in the kitchen with a side order of drama! “I thought Gordon Ramsay’s show was great, because there was a lot of creativity involved,” he grinned. “And we cook in my house, so that one was cool!”

Speaking of drama, there’s no doubt that Jordi is going to see a lot of it as his The Young and the Restless character Rey Rosales is currently on a huge mission of his own.

Not only is he trying to protect his relationship with the stunning Sharon Newman (Sharon Case) but he’s also trying to dig as much dirt as possible on Adam Newman (Mark Grossman) so he can help out Nick Newman (Joshua Morrow) in his custody battle. If that weren’t enough, his mother Celeste Rosales (Eva LaRue) is in town and his little sister Lola Rosales (Sasha Calle) is about to marry an Abbott!

Needless to say, things are going to heat up in more ways than one on The Young and the Restless this summer. With that said, fans will have to tune in to find out what will happen next!

Days Of Our Lives Spoilers: Are Belle And Shawn Responsible For Claire’s Mental State?