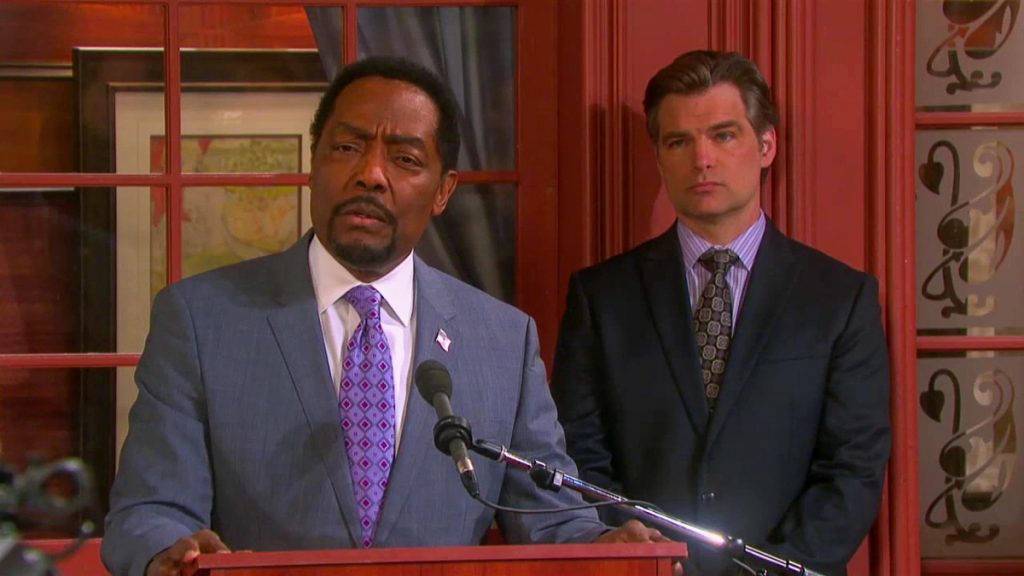 Days of Our Lives (DOOL) spoilers tease that Jack Deveraux (Matthew Ashford) will soon be making some amends to an old friend. As DOOL viewers know, earlier this year Jack ran against Abe Carver (James Reynolds) for mayor of Salem, and it was a vicious campaign. Abe handled himself with grace and was professional about the whole thing – he wanted to debate the issues and not engage in personal attacks. But Jack, who at the time had amnesia, made the campaign very personal and engaged in dirty tactics.

Jack, along with his campaign manager Eve Donovan (Kassie DePaiva), made sure to make Abe’s life miserable during the campaign. They even accused Abe of having an affair with his assistant, Sheila Watkins (Tionne Watkins), and they projected a photo of Abe and Sheila kissing on a big screen in the middle of Horton Square. Of course, the whole kiss was a big misunderstanding, but it looked pretty bad, and ultimately Jack won the election.

Days of Our Lives Spoilers – The Real Jack Deveraux Is Back

Well, as DOOL viewers know, Jack recently got his memories back after a harrowing ordeal during which Jennifer Horton (Melissa Reeves) was kidnapped by Dr. Henry Shah (Piter Marick). A struggle ensued between Jack and Henry, and Jack ended up hitting his head, which resulted in all of his memories flooding back. In an instant, the real Jack came back and the amnesiac version of Jack was gone.

But now that the real Jack is back, he’s had to come to grips with all of the things he did while he had amnesia. He’s already apologized to Jennifer and to his son JJ Deveraux (Casey Moss) for the way he treated them. As DOOL viewers will remember, Jack treated JJ’s girlfriend Haley Chen (Thia Megia) terribly, and he now feels awful for how he behaved. Jack even apologized to Eve for his behavior, which was pretty extreme since Eve really took advantage of Jack while he had amnesia.

According to DOOL spoilers, Jack will soon turn his attention to making amends to Abe. When Jack looks back on how he treated Abe, he’ll feel horrible, so it looks like he’ll sit down for a heart-to-heart with his old friend. Abe will no doubt accept his apology, and most of all he’ll probably be happy to have his friend back. Jack might even make a public apology to Abe, which would be a good move.