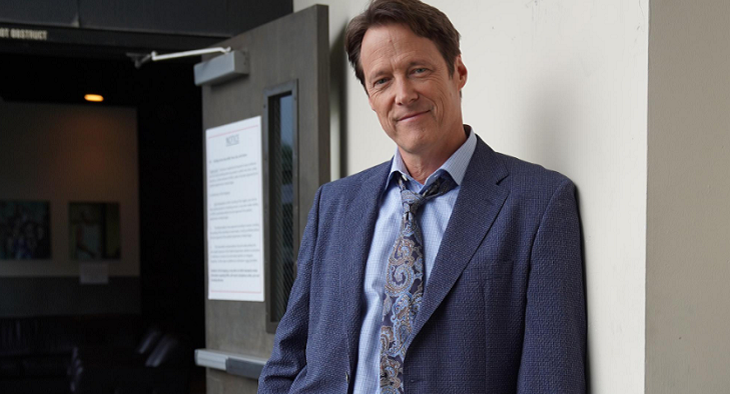 On Days Of Our Lives, Jack Deveraux (Matthew Ashford) may soon retrieve his memories. Spoilers revealed that Dr. Wilhelm Rolf’s (William Utay) diary has re-emerged, which means a new batch of memory serum can be made.

If Jennifer Horton (Melissa Reeves) finds it, she might go to Jack and tell him that he may get his memories once again. However, since it’s Jennifer that’s bringing him the news, Jack may end up paying no attention to what she has to say. He believes that “If Jennifer wants it, there must be an angle.”

DOOL Spoilers– Will Jack Get His Memories Back?

Meanwhile, Eve Deveraux (Kassie DePaiva) doesn’t want Jack to get his hands on the diary and said she doesn’t want him to die of brain tumor. However, viewers know that she’s been manipulating Jack and that she just doesn’t want him to know her secret. But the idea that his missing some of his memories have started to intrigue Jack. He feels as though not remembering the things he should know makes his life easier, he also realizes that having no idea of his past can also be scary.

As he turns Jennifer away and tries to hide his true feelings to Eve, Jack turns to Kayla Johnson (Mary Beth Evans) instead. He asks her if the serum can help bring back his memories.

DAYS Spoilers– Will Jack Take The Serum To Get His Memories Back?

Although Kayla wants to help Jack, she won’t be able to do so since the experimental serum can’t be used twice in the hospital. Instead, she’ll lead Jack to Will Horton (Chandler Massey), who was able to regain his memories back with the help of the serum.

However, Jack points out that Will had suffered serious side effects due to the serum and if it wasn’t for Rex Brady (Kyle Lowder) and Sarah Horton’’s (Linsey Godfrey) antidote, William’s life may have been put in an awful lot of danger.

At first, Will is hesitant to help Jack but he decided to make the most out of the situation. He will offer the diary to Jack but in return, he must drop all charges against JJ Deveraux (Casey Moss). Jack agrees and gets hold of the coveted diary. The question now is what does he plan to do next? Will he take the serum?

EastEnders Spoilers: Jack Branning Out For Revenge On The Man Who Raped Tiffany Butcher