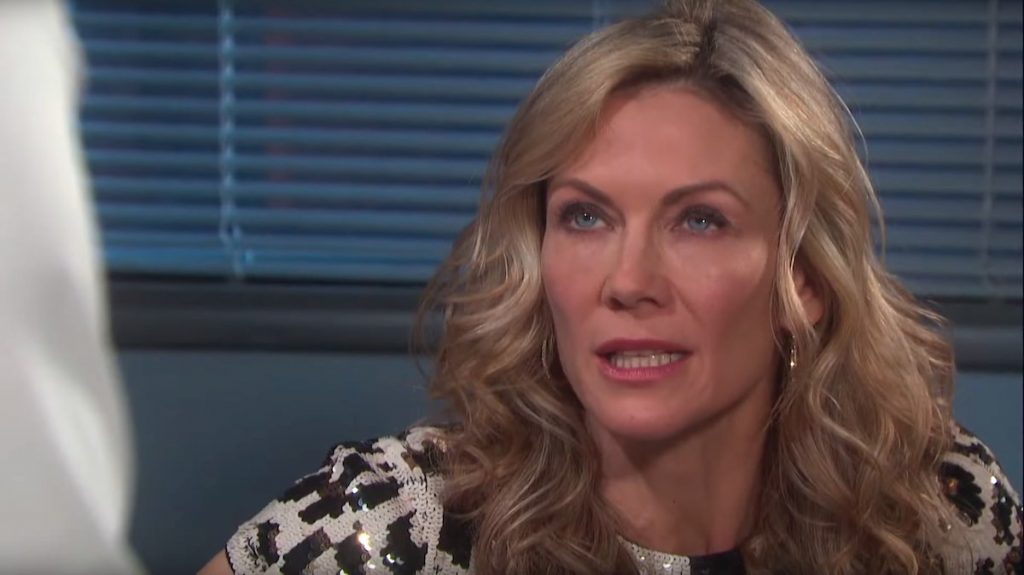 Days of Our Lives (DOOL) spoilers reveal Victor Kiriakis (John Aniston) is so angry he wants to terminate him from Titan. The patriarch thinks it’s bad enough “Bristen” is having a baby. However, to move Kristen DiMera (Stacy Haiduk) into the mansion is going too far. However, who will be able to take Brady’s place? It seems that Kate Roberts DiMera (Lauren Koslow) will fall right into Titan’s lap.

It definitely was a shock when Kristen gleefully walked into the Kiriakis mansion. She was with Brady, who had an announcement to make. Concerned about the health of his unborn child, he moves Kristen into the mansion. Victor wasn’t thrilled about this and tried firing his grandson. However, Maggie Horton Kiriakis (Suzanne Rogers) played peacemaker and succeeded, at least for the time being.

Days of Our Lives spoilers tease that Brady still has his job at CEO of Titan. Maggie played a big part in this. However, Victor still wants to punish his grandson for his decision. You better believe that he is brainstorming and figuring out a way to replace Brady.

Tony DiMera (Thaao Penghlis) will have an announcement that could tie in with the Titan storyline. He has been chosen to replace Kate as CEO of DiMera Enterprises. This leaves Kate without a job. As fans recall, she was working for Victor not too long ago. However, when a better offer came along, she unapologetically took it.

DOOL spoilers reveal that Victor will visit Kate in the hospital. He brings flowers and it seems he is ready to play nice. Victor wouldn’t bother seeing Kate unless there was something he needed. Could he offer her the position of CEO at Titan? It certainly seems possible.

However, what will this do to Victor and Brady’s already rocky relationship? Where will he work next and will ‘Bristen’ need to move out of the mansion? Could it leave Brady feeling like the only person he can lean on is Kristen? Fans will have to keep watching to find out what happens with this storyline.