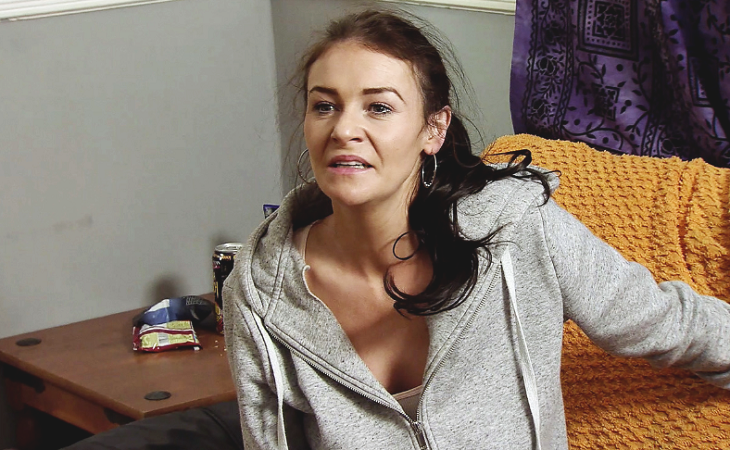 Also, Eileen Grimshaw (Sue Cleaver) is worried her life might be in danger as Jan Lozinski’s (Piotr Baumann) secret comes to light. Here’s what you need to know.

It begins with a terrified Robert. He gets the scare of his life when Vicky decides to visit him at the Bistro. But that’s because of two reasons. Luckily, his other fiancé Michelle Connor is not there. But when Vicky begins to double down in pain, Robert swiftly takes action and rushes her to a nearby hospital.

Worried that something might be happening to the baby, Vicky finds out that it was nothing more than a bad case of gallstones. Thankfully, her baby is okay.

However, that’s not the end of Robert’s problems. Not realizing what kind of mess he left behind, Michelle is stunned when she returns to the Bistro. She sees that everything is in a state of disarray. Not wanting to blow his cover, Robert tells Michelle that he was at a wholesaler, when in actuality he was comforting Vicky at the hospital.

But that’s not the only close run in that Robert will have. Coronation Street spoilers tease that he will have to be on his toes again when he spots Vicky at an event that Michelle is catering. Sooner or later the two women will end up finding out about each other.

Elsewhere, Eileen is worried that her life might be on the line. She slowly but surely realizes that Jan isn’t the good guy that he is pretending to be. After all of the heartbreak that she endured with her ex-husband Pat Phelan (Connor McIntyre) last year, Eileen thought that she had found love again with handsome builder Jan. However, little does she know that Jan might be the person who is orchestrating an illegal human trafficking ring at the local nail salon in Weatherfield.

Seb Franklin (Harry Visioni) will soon realize that his girlfriend Alina Pop (Ruxandra Projnicu) has not been telling him the truth about her job at the salon. He is left horrified after finding out that her living conditions aren’t what you would call very healthy.

"From my experience, sometimes it's better not to ask too many questions"

Now Seb has revealed to Jan he knows about Rachel and the nail bar, will he heed Jan's warning to not get involved?

He will also find out that Jan has been spending more and more time with the people who work at the salon. Little by little both Eileen and Seb will put the pieces together. They’ll realize Jan and Alina are part of a criminal network which is putting a lot of people’s lives at stake.