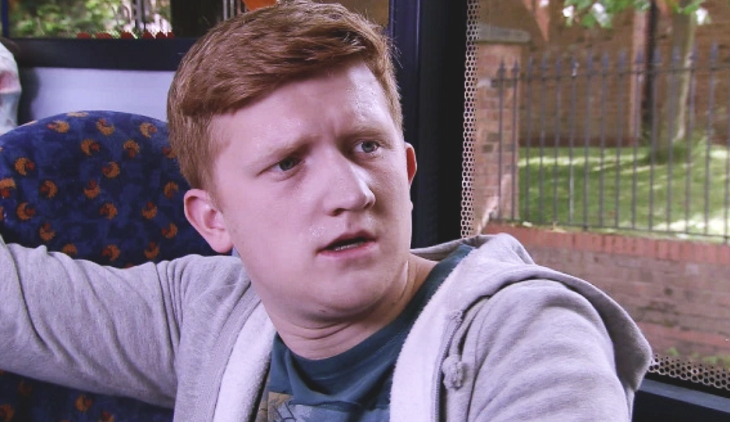 Coronation Street spoilers tease there’s a very strong possibility that fans might soon be seeing a different side to Chesney Brown’s (Sam Aston) personality. Even though he’s been doing everything he can to prepare for the arrival of his four babies with Gemma Winter (Dolly Rose Campbell), he’s been struggling to make ends meet and save for the future.

And now it looks as though Chesney might be taking some drastic measures, which will lead to some very bad decisions on his part. Here’s what you need to know.

It’s been no secret that Gemma has been putting a lot of pressure on Chesney to come up with some money or at least secure their family’s future, seeing how they will soon become parents to four new babies.

However, Chesney has had a very difficult time keeping up with all of the demands in his life right now. That’s why he will look to Gary Windass (Mikey North) in the hopes that he will help him come up with some fast cash.

Coronation Street spoilers find that Chensey will be shocked to learn that Gemma has been working three jobs, despite being in the advanced stages of her pregnancy. All of the stress and time on her feet is certainly not doing her babies any good.

Not only does Gemma work at the kebab shop and at Rovers Return, but she’s also picked up a third job at the corner shop. At this point, Gemma feels as though every pound earned is a pound saved for her family.

Coronation Street Spoilers – A Decision That Could Jeopardize His Future

“I don’t want to work three jobs, but I got no choice. You won’t let me sell our story,” Gemma tells Chesney, while accusing him of not allowing her to share their pregnancy story with the media.

“You just stick your head in the sand and hope somethings going to turn up. Well it won’t,” she snapped.

Feeling as though he doesn’t have any other choice, Chesney will now make a decision that could unfortunately jeopardize his future both as a father and in Weatherfield, especially once everyone finds out that he will be working with Gary. Fans will have to tune in to find out how!