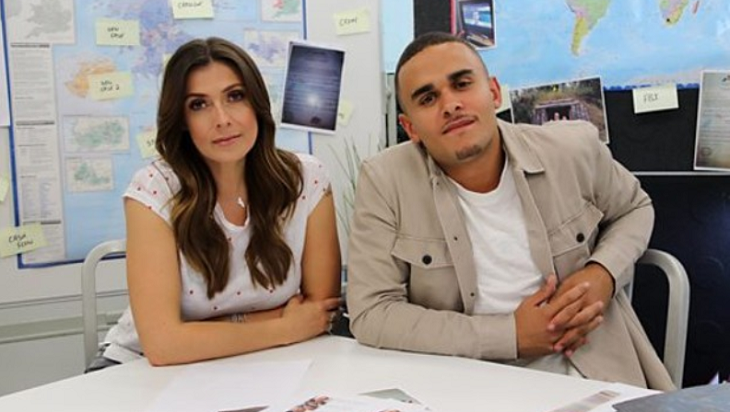 It looks like we’ll still be able to keep up with Kym Marsh (Michelle Connor), despite the fact that she will soon be leaving Coronation Street. The beautiful British actress has just landed herself a new television gig, as she will be investigating something called ‘romance fraud’ for the BBC One network. Here’s what you need to know.

According to new reports, Marsh along with Ashley John Baptiste will host a new show called For Love or Money. The multi-talented television actress and personality will “explore a rapidly growing and particular type of scam – the so called ‘romance frauds’ that every day sees unsuspecting online daters conned out of tens of thousands of pounds.”

Apparently, romance fraud is on the rise. More than 4,500 new cases were reported in the last year, according to Action Fraud. The victims have been conned out of more than $50 million dollars.

Each new episode of the show will see the television hosts look into cases the same way investigators look into crime investigations, but with a forensic style. In other words, it’s going to be quite interesting to see what results are found!

“Their aim is to expose the sophisticated techniques fraudsters use to pull at an individual’s heartstrings, so they can empty their bank balance,” the BBC said in a statement.

“They will find out how the criminals manage to appear so convincing, identify the real owners of the photos they’ve used to trick people into trusting them, unpick the other evidence they’ve supplied, and sometimes even make contact with the crooks themselves.”

The week long series will air on BBC Daytime. Meanwhile, fans will still get to see Marsh in action as Michelle Connor in Weatherfield as she is expected to remain in the role until the end of the year.

"From my experience, sometimes it's better not to ask too many questions"

Now Seb has revealed to Jan he knows about Rachel and the nail bar, will he heed Jan's warning to not get involved?

While producers have kept very quiet about her exit, there’s speculation her departure will be a dramatic one. This is especially after she finds out that her partner Robert Preston (Tristan Gemmill) has not been very faithful to her! Coronation Street airs on the ITV network.