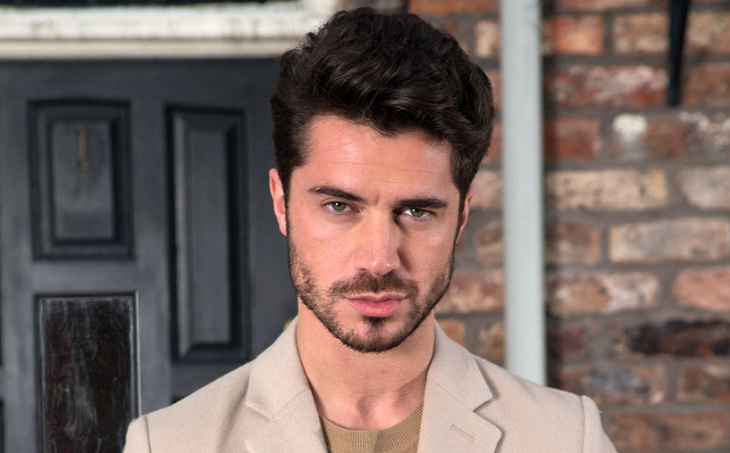 Viewers of “Coronation Street” have been wanting to see one of their character favorites back on screen. Adam Barlow (Sam Robertson) is set to return to the ITV soap soon.

“Coronation Street”, through their weekly collection of filming pictures, dropped the bombshell that fan-favorite, Adam, is set to return. Although the date of his reappearance on TV is still unknown, fans can expect more juicy storylines once he reappears.

Fans of “Coronation Street” may recall that he was last seen on the cobbles last February. He decided to leave town after the drama with Sarah Platt (Tina O’Brien) and Gary Windass (Mikey North). Before he left, Adam made a move on Sarah when he invited her to his place.

Coronation Street Spoilers – Gary Windass Will Not Be Pleased

Sarah accepted the invitation as he desperately tried to take her mind off her relationship problems with Gary. The two shared an intimate kiss but Sarah turned down Adam’s further advances.

They were interrupted when Seb Franklin (Harry Visinoni) saw them and defended Sarah. He believed that Adam was harassing her. Sarah tried to cover up her lies but Seb eventually spilled the beans to Gary. Fortunately, Adam decided to leave town for a change of scenery, leaving Sarah looking relieved yet regretful.

With Adam’s impending return to “Coronation Street,” fans can expect a lot of drama. If there is one person who will not be pleased about Adam’s return, it’s Gary. Although he was able to patch things up with Sarah, their relationship has once again started to get worse.

Viewers may recall that Gary has been doing shady things for Rick Neelan (Greg Wood) during the past few weeks as a way to repay him for his mounting debt. He kept Rick’s blackmail as a secret since he didn’t want to worry and involve Sarah, but he eventually told her everything.

"Everything I have done. Everything!! Has been to protect you. You gotta understand that".

Now it's all out in the open and Sarah knows the truth about Rick, is this the end of her and Gary?

Shocked at Gary’s confession, Sarah still stood by her man. However, she questioned their relationship when she found out that Rick was the same man who was in their house a few days ago. The thought of him getting close to her son made her decide that she had enough.

Will Adam’s return mean he’ll get a chance to be with Sarah? Or will Sarah give Gary another chance?