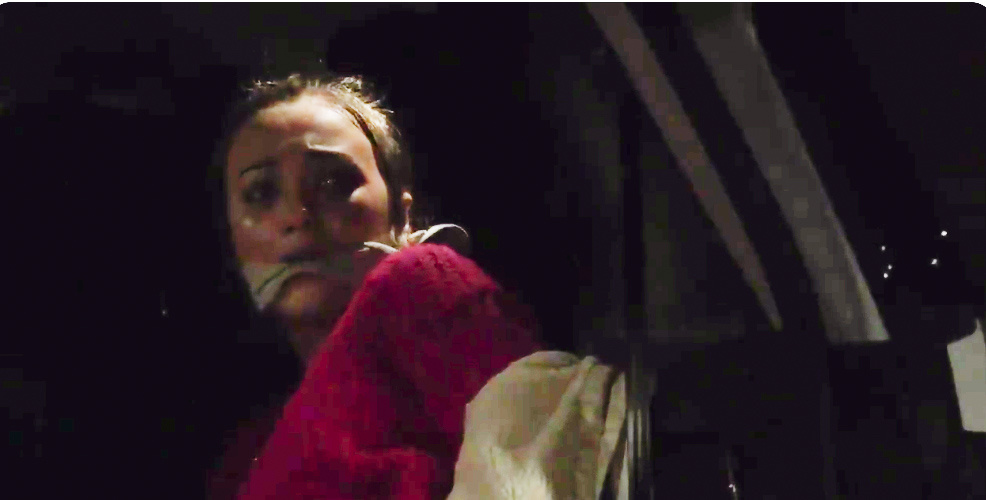 Last Friday on “EastEnders,” Louise Mitchell (Tilly Keeper) was kidnapped by Danny Hardcastle (Paul Usher) and Midge (Tom Colley). Fans of the soap can get a sneak peek of the horror that Louise is facing on the new image from tonight’s episode where she’s left locked up inside a shipping container in an industrial yard.

Louise was dragged into a car by the menacing duo, Danny and Midge, in Albert Square in broad daylight. This was Midge’s revenge on Phil Mitchell (Steve McFadden) for stealing from him when they were in Spain. Keanu Taylor (Danny Walters) spots his girlfriend Louise with Midge. He shouts her name so loud that Midge immediately calls for his getaway car and shoves the scared Louise inside it.

Louise’s father Phil, brother Ben Mitchell (Max Bowden) and Keanu scramble to rescue her. However, they eventually realize that finding her is not as easy as they make it be. They are on the right track, but they have to go through several obstacles to find Louise.

Keanu locates Louise but as he tries to free her, Midge knocks him out, ties and shoves him inside the container, leaving him and Louise locked up together. Phil, who is also looking for his daughter, frantically gets clobbered from behind. Will Phil be alright? Who will save him, Louise, and Keanu?

Meanwhile, Sharon Mitchell (Letitia Dean), demands answers from Dennis Rickman (Bleu Landau) and Tiffany Butcher (Maisie Smith) about what is going on. She even initially concludes that the gang could be responsible for Louise’s disappearance.

When Tiffany denies the gang’s probable involvement, Sharon ends up telling everyone about Louise’s plight, ignoring Phil’s instruction to keep quiet. Sharon does not only discover that Phil is in financial trouble thanks to Kathy Beale (Gillian Taylforth) but also learn about something that could destroy her family.

Does Ben have anything to do with all this mess? Viewers may recall that he’s been nothing but a menace to Lola Pearce (Danielle Harold), who knows his plans. Meanwhile, Kathy goes head to head with Sharon, believing that Phil was the one who involved Ben in this mess. When will Kathy learn the truth?